Uber and the new Sharing Economy: Utopia or Dystopia?

Sharing economy exudes a strong charm: it is ancient and new, simple on paper and difficult to fully implement. On-demand sharing economy is even trickier: instead of regulating a shifting mass of requests, planning their eventual satisfaction, it tries to associate the unpredictable wave with a crowd of “satisfactors” who are readily adapted to a freeform work-schedule. Basically: people who have a surplus of something that others are willing to pay for (a car and the time to drive it around - a spare room) get paid to “share” it. 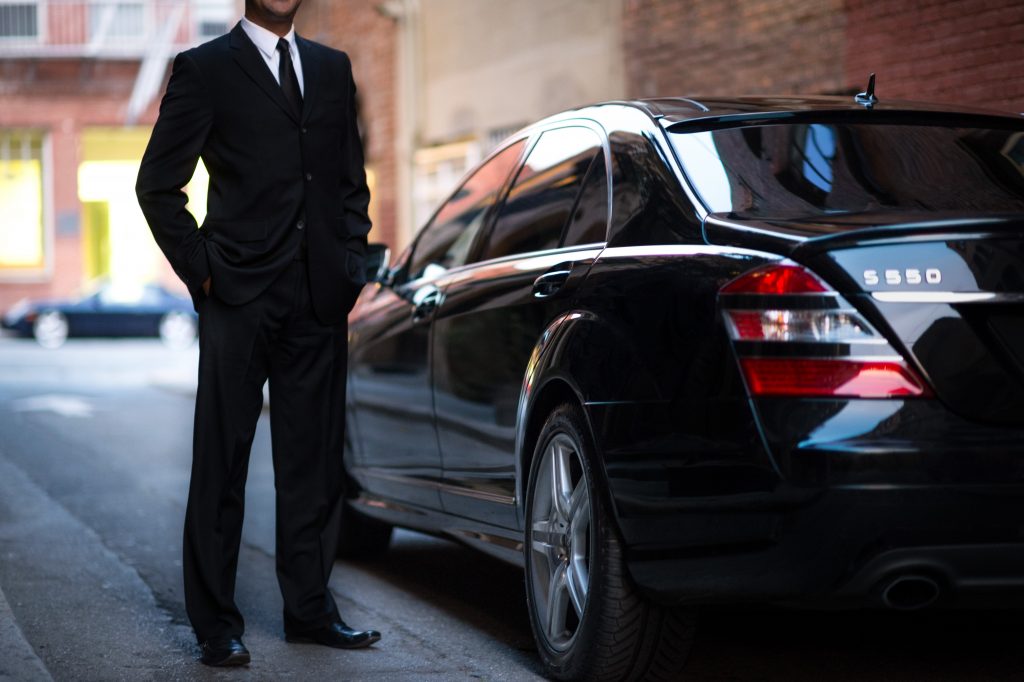 Those who fight this new model say that it cuts through too much rules: taxation; fair employment laws; access to insurance, medical and pension funds; the need to implement permits, such as safety measures (if you rent a room with Airbnb you don’t have to own a fire extinguisher; if you run a Bed & Breakfast you do), regulation of fees, and so on.

You can’t go back, says Prof. Pliniussen but, sometimes, you struggle to go on. A recent study made by Bloomberg reveals that Sharing Economy workers are mostly young (18-34) and well educated (at least 40% has a college degree). Their crowdsourced gigs are seldom their only source of income. But then, if you look at the details: Uber is the only work for about 30 to 40% of its drivers who are either “New” or “In-between jobs”, with an average of 16$ per hour (tops) and 10 hours per week (and they pay for gasoline and assorted paperwork). Way below poverty. If it’s true that yellow cabs' business fell by 3.83 million rides in Manhattan only (Yellow Cab, San Francisco’s largest taxi company, is filing for bankruptcy) and  considering Uber’s outspoken intention to convert to self-driving cars: the whole plan could translate into a social earthquake. 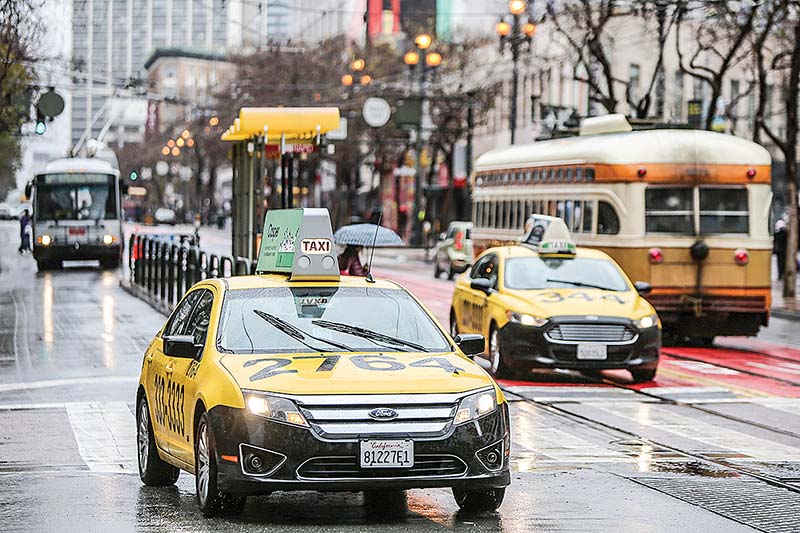 So: every coin has two faces and the truth usually lies somewhere in the middle. It’s electrifying to aim at your target without intermediaries but some agreed upon rules have to be in place.

Let’s take Uber again as an example. Its drivers are presented to the press like a happy bunch of students and retirees who raise extra money by working in their spare time.

The recent decision by Uber to comply with California’s Proposition 47 (by which those with nonviolent felonies can apply to change them to a misdemeanor) and rule-in ex convicts tells another story. Judging by the highly scrutinized (and criticized) background-check policy adopted by the crowdsourcing giant this move could have simply institutionalized an already adopted underground habit.

A lot of very bad press (check out http://www.whosdrivingyou.org/ keeping in mind that site is sponsored by the Taxicab, Limousine & Paratransit Association) is then magically turned into a “we give everyone a chance” poster campaing. Clever.

Then there’s the in-your-chin habit of simply disregarding local policies and court rulings.. Just read the introduction to Wikipedia’s “Legal status of Uber’s service” page: Uber is involved in at least 173 lawsuits. As of mid-2015, protests had been staged in Germany, Spain, France, and England, among other nations, and dangerous incidents involving passengers have been documented. Uber executives were arrested in France in June 2015. In December 2014, Uber was banned in Spain and in two cities in India. (...) Uber is said to use extremely aggressive tactics such as bullying and hiring investigators to "dig up dirt" on journalists who criticize them. Portland, Oregon's transportation commissioner called Uber management "a bunch of thugs". 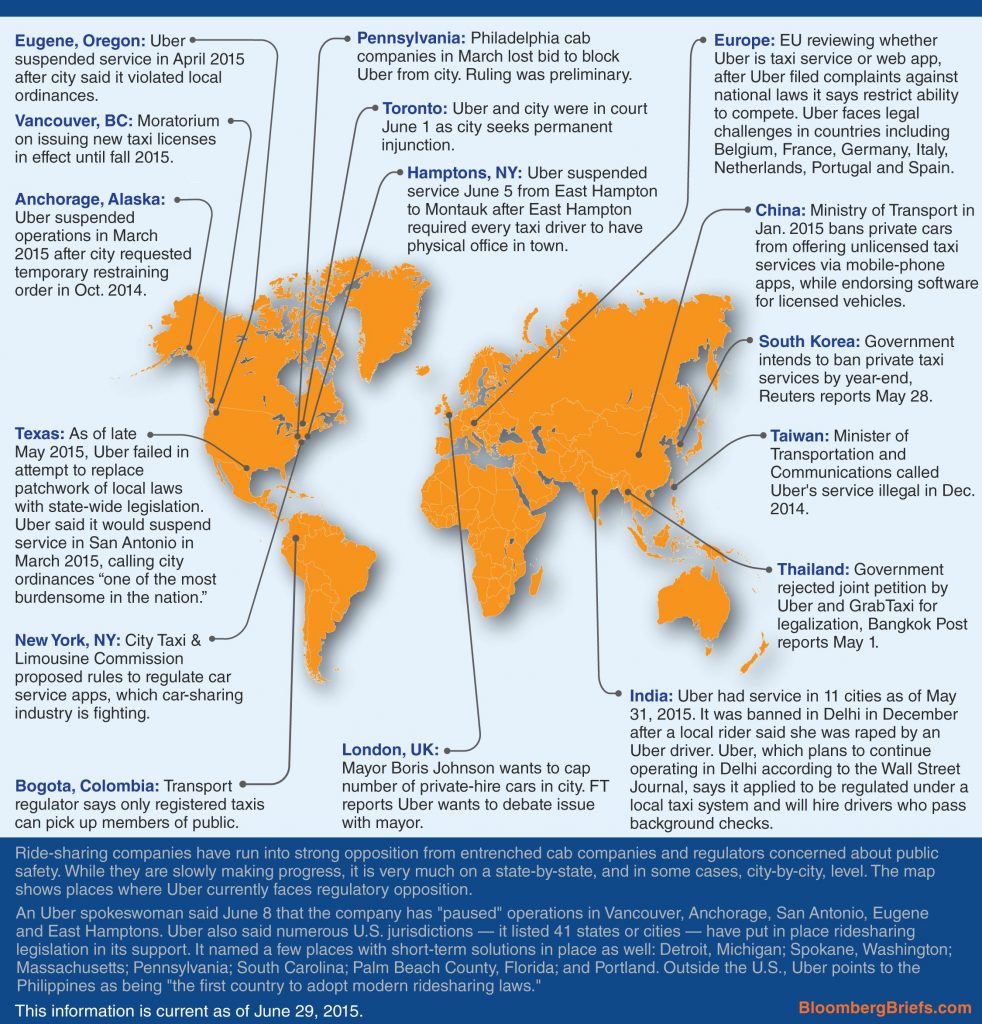 Last but not least there’s the $7.6 millions State of California’s fine, evoking other stringent issues: what is going to happen to guaranteed services for passengers suffering from disabilities? Why did it take two years before it felt compelled to present the State with the requested documentation?

Solutions will take a lot of effort: from the sharing economy players and their antagonists. There’s an urgent need for new laws and regulations regarding “web based” services: it’s clear that technology is moving much faster than governments.

Will the giants comply? Will they concede that a measure of order is to be needed if we want progress to shape a better future for everybody? If they don’t, regarding themselves as above-the-law entities, this giants may soon show feet of clay. An economy that includes portions of sharing economy is desirable. Sharing economy by itself would hardly survive.