“While retailers are great at offering traditional options such as Standard, Express, and Overnight, they need to work on adding new options such as hyperlocal and weekend/afterhours delivery to stay relevant”.

This sentence, copied from Temando’s State of Shipping in Commerce Report 2017 nicely sums up what the ever-growing consumer base dedicated to online shopping has been asking in the last few years.

To add options means to connect with more shoppers, to put their needs front and center. Basically: to thrive. We’d like to add: Amazon has an immense catalogue and has speed. Everyone else should then focus on recognizability and precision.

Speaking of precision: we, at Milkman, specialize in same-day and time-defined deliveries, freely chosen by the shopper. 43% of the 1292 online shoppers interviewed by Temando in the US are asking for timeslot deliveries but only 30% of the 270 retailers surveyed offer it, with 23% counting on having them in the next year. 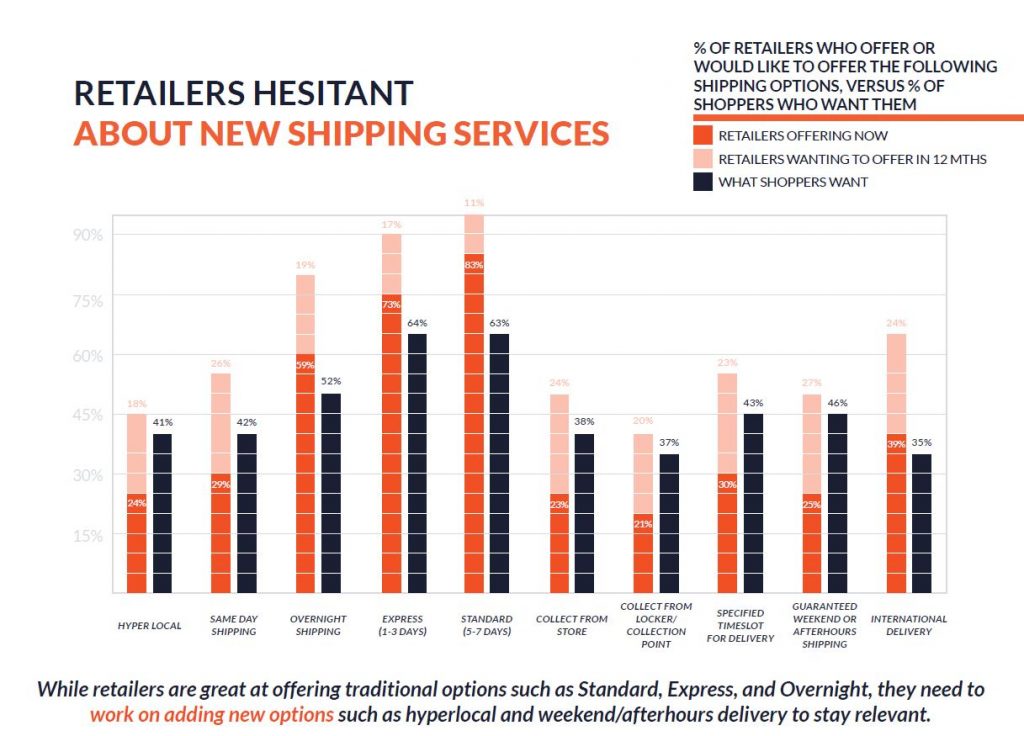 These are game-changing numbers, especially if you consider that those desiring same-day are 42%. Demand for the most talked-upon option, the one hitting the headlines, is lower than the seldom discussed “appointed delivery”. Maybe because bringing parcels when the customer effectively wants them is much more difficult than bringing them as fast as you can.

The same goes for weekend or afterhours delivery: asked for by 46% and offered by only 25%. A staggering 96% would like at least a delivery-day estimate, with only 51% of retailers offering it: less than in 2016. 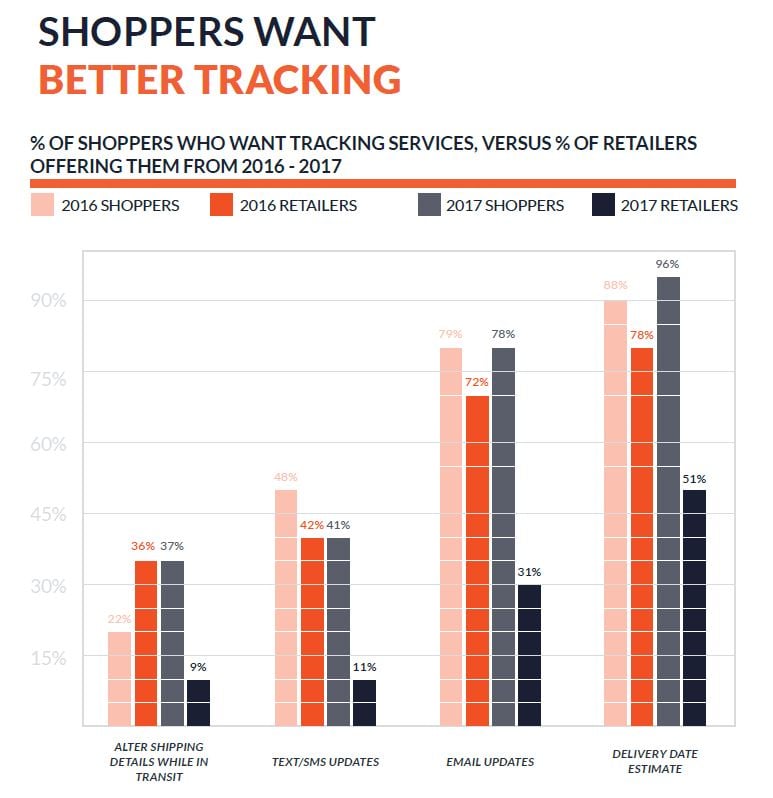 The most ironic fact is that 29% of retailers now do same-day (the “Amazon effect”) but, as the dust begins to settle over this ultra-hyped concept, shoppers are understanding that, as cool as it is, it’s not as convenient as having your stuff delivered exactly when you decide to.

Is the tide turning? We think eCommerce deliveries are entering a phase in which precision services will outsmart fast ones especially because precision does not exclude fast: marathon runners, able to mathematically dose their efforts, might get to the finish line before sprinters.