Everybody likes a good ol’ robot, especially if it makes your life easier and makes you feel like living in the future. When it comes to last-mile logistics robots are very much a thing of present: every major player is pushing towards an automatized sector. We have plenty of drones test-flying around and, more recently, some fleets of ground wheelers stealing them the spotlight. It’s a flurry of patents, lobbying for new laws, promising a revolution in ten years, five, three or right now.

You know what? When it comes to last-mile deliveries, the most difficult and expensive of all, we trust the guy who has the most miles under his (or its) wheels. Everybody’s talking about Starship, whose crew is doing some amazing work, testing their delivery robots, as they are, in many European and American cities. We won’t talk about them, because you probably already know everything from the news. We’ll talk about a smaller startup that’s doing some pretty amazing stuff, already operational thanks to practical sense and a scalable approach. 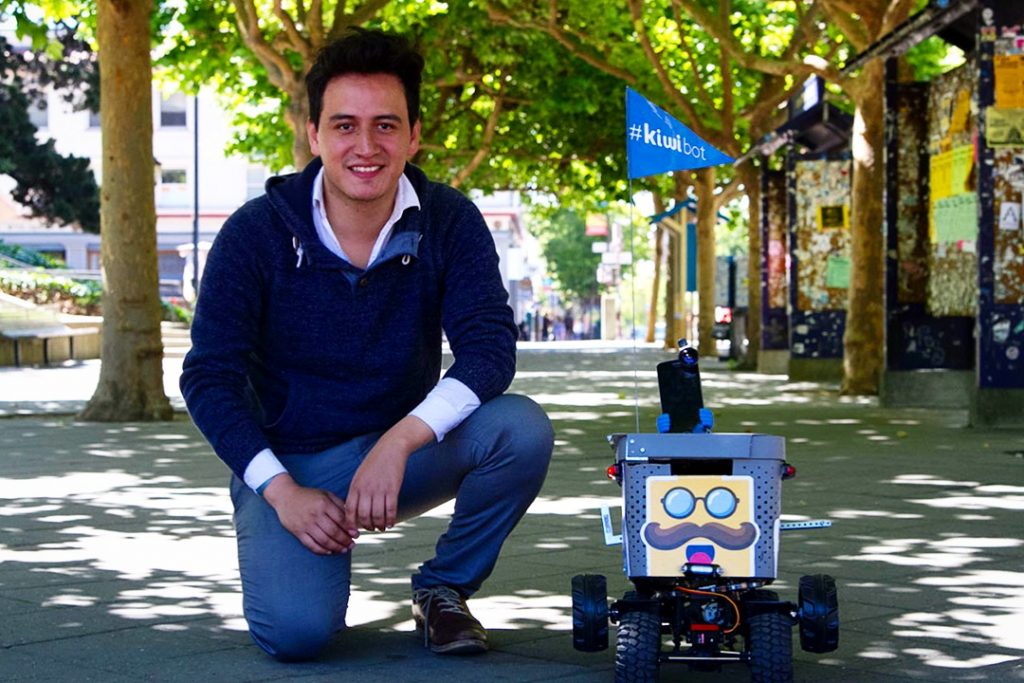 Felipe Chàvez funded Kiwi in 2015 in Bogotà, using people as drivers to deliver things. It soon dawned on him that the costs of “human” on-demand delivery aren’t sustainable and so he switched to ground robots. He did it in UC Berkeley’s campus, starting January 2017, as part of the University’s LAUNCH program, an incubator for promising startups.

As you can read here: “The city and the campus were a natural fit for Kiwi. The infrastructure - paved streets, well-maintained sidewalks, functioning traffic signals, crosswalks and a generally law-abiding citizenry - allows for robots to operate smoothly. In addition, UC Berkeley has a high concentration of residents pressed both for time and space to prepare meals at home”.

With a fleet rising towards 100 vehicles and several hundreds deliveries done per week, Kiwi might well be among of the busiest robot-delivery startups operating right now and possibly the one with the most non-test deliveries under its belt.

It goes like this: you download the Kiwi mobile App, order food from one of the partner businesses, a truck goes to a dedicated parking lot near the restaurant and releases the robot. The Kiwi robot picks up the food and goes back to the truck, which brings it to the parking spot nearest to the shopper, again releases it and the ‘bot goes to the end user. Remember: when you talk about last-mile every inch counts, literally: it’s all saved money and it all counts to make systems smarter. 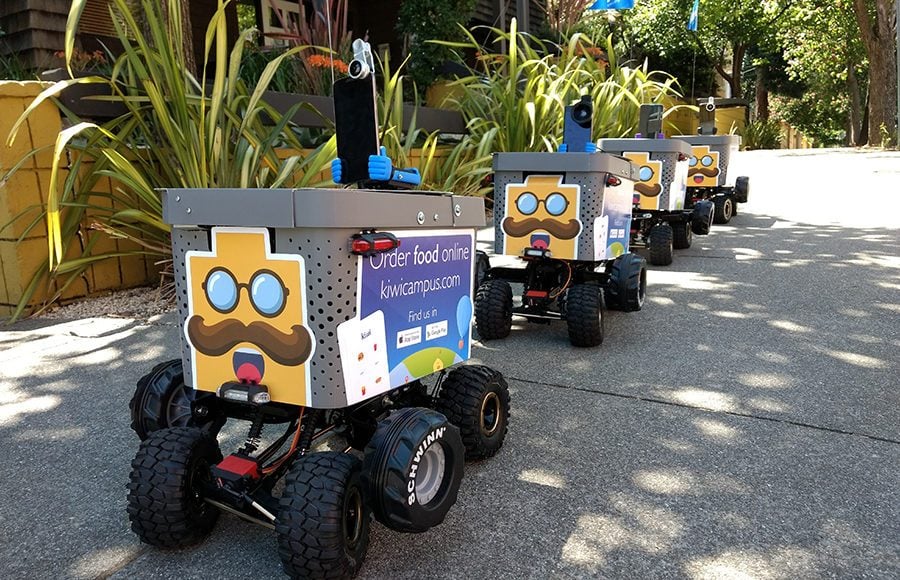 Kiwi’s robots are autonomous but constantly monitored by a remote crew that operates out of Bogotà and sees everything through a smartphone fixed on top the unit, always ready to take control. They’re free to go about their business without handlers or supervisors in the immediate vicinity.

So, why Kiwi matters? Because it tells us that you can make robots work for deliveries in a lean way even before you raise several million dollars in funding, meaning that the sector will hardly be monopolized and is free to run towards widespread implementation. It takes good technology, for sure, but it also takes smart entrepreneurship: starting small, as startups are supposed to do, climbing your way to the top, without forgetting things like doability, profitability and sustainability. This way we’ll keep having robots among us even if the big funds run dry. Not that they have to, but you never know …