Have you ever seen a robot dreaming? No? Well: now you can, just click here (video). What you’re seeing is one of Kiwi’s second generation delivery bots, moving according to the images it perceives in the virtual world. Fascinating. 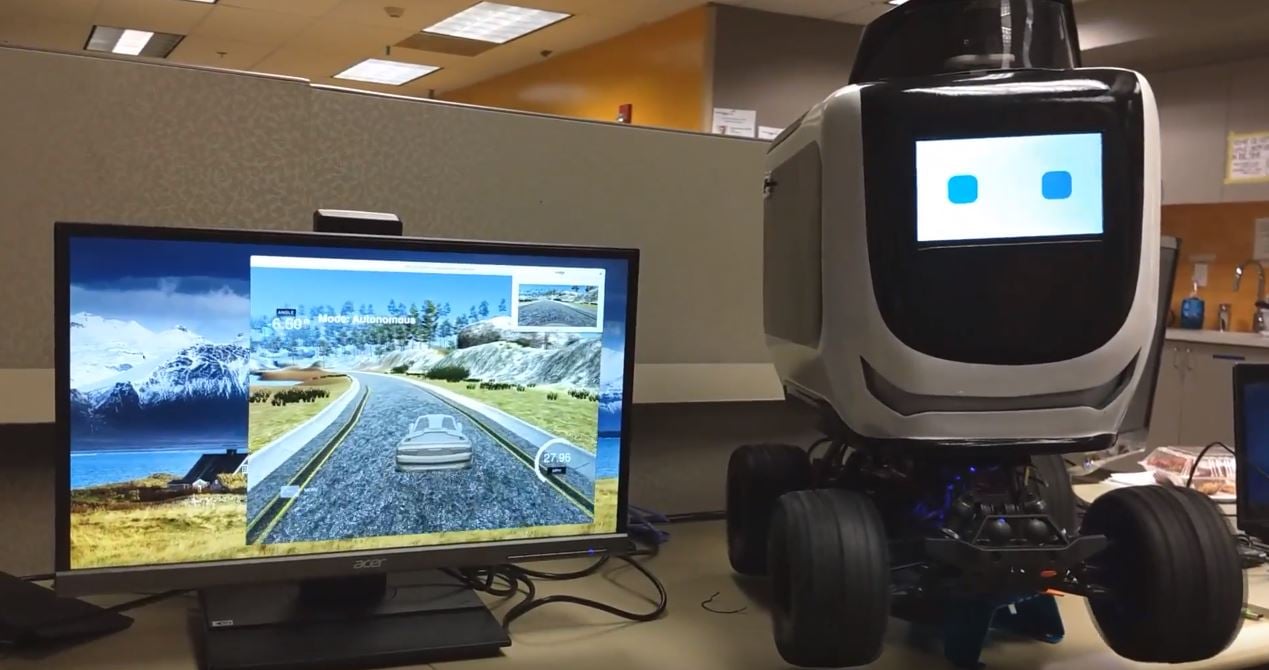 Last July we wrote about this great startup founded by Felipe Chàvez in Bogotà, back in 2015, and operative at UC Berkeley’s campus, starting January 2017, as part of the University’s LAUNCH program.

Things are evolving pretty fast at Kiwi’s, with a brand new looking and working four-wheeled robot, named Kiwi 2 (video), having hit Berkeley’s streets in the late summer. The little guy doesn’t only look better than his older brother, it is also able to navigate by itself with just one camera as a main sensor. A new partnership has Kiwi working directly with the Machine Learning team from Unity.

The unit now sports a display with changing eye features (instead of the mustachioed sticker of its predecessor) so it can be happy but also smirking or angry, if you block its way!

Number of actual deliveries is ramping up too: 1.000 orders were completed in September with the new models (15, as of september 22th) and more than 200 orders per week as of early October. 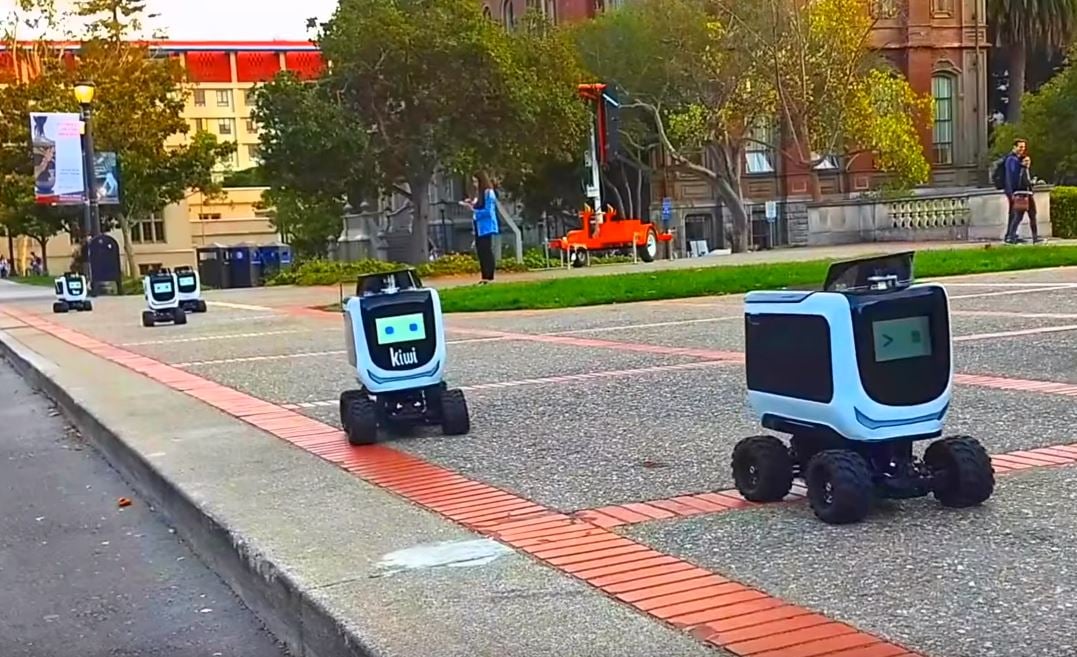 How does Kiwi work? You download the Kiwi mobile App, order food from one of the partner businesses, a truck goes to a dedicated parking lot near the restaurant and releases the robot. The Kiwi robot picks up the food and goes back to the truck, which brings it to the parking spot nearest to the shopper, again releases it and the ‘bot goes to the end user. Kiwi’s robots are autonomous but constantly monitored by a remote crew that operates out of Bogotà and sees everything through a smartphone fixed on top the unit, always ready to take control. They’re free to go about their business without handlers or supervisors in the immediate vicinity.