Towers with truck docking stations at the bottom and hive-like holes on their body, from which drones come and leave, in a never-ending hum of eCommerce euphoria.

This patent, recently filed by the giant, might give us a glimpse into the future landscape of our cities. Might or might not: so many are the visions coming out of Jeff Bezos’ trillion-dollar brain that you never know how to trace a border between “we’ll do it”, “we don’t want anyone else to do it, so just check it” and “it’d nice, wouldn’t it?”. 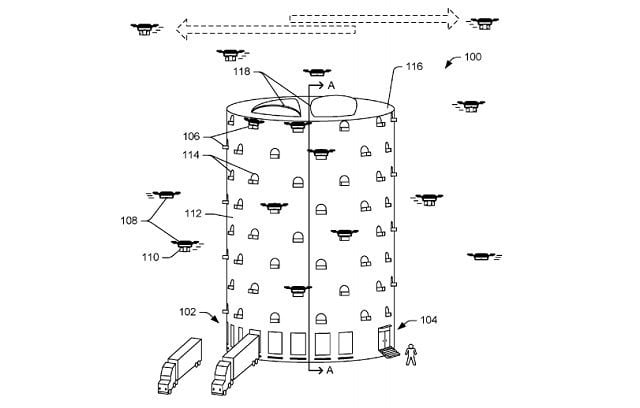 That Amazon is moving in the home-deliveries space is no secret. Just yesterday, frustrated by the fact that Japan’s flagship courier infrastructures are not keeping up with the volume, thus endangering same-day efforts, it announced the search for a team of proprietary independent couriers: they’ll have to be 10.000 for 2020. Will it disrupt the last-mile as it does with everything else? Most likely.

In the meantime the turn to be terrified is on the Grocery and Apparel Retail sectors’ shoulders. From June 21 Nike is selling directly through Amazon. This, paired with the earthquake brought by Amazon Wardrobe, has sent stocks of the Sporting Goods retailing industry on a downward spiral.

After the Whole Foods’ masterstroke there’s talks about other big acquisitions. Tom Forte, managing director of Maxim Group, an investment banking firm in Manhattan, as reported by the Washington Post, lists some of the possible targets: “BJ’s Wholesale Club (which would come with a network of gas stations), Warby Parker (which could help Amazon get into the prescription-eyeglasses business) and Everlane”. The first, in our humble opinion, being the most interesting, offering 200+ warehouses in 15 States, 104 already outfitted for truck logistics and refuel.

So, imagine for a moment to be transported to 2025. New regulations, approved in 2018 by Pres. Trump (who met today with several drone-company CEOs), let drones roam free in the sky. Every Whole Food, BJ Wholesale, Amazon warehouse and God-only-knows-what-they’ll-buy parking lot hosts a drone tower. You’re home and a friend calls, inviting you to a party, but you have nothing cool to wear and nothing yummy to bring to the table.

Speaking with Alexa you order some bistrot-goodies, three pairs of shoes, three dresses and even some accessories. All through your Prime account. In one hour everything is at your door. Using Alexa’s Echo look + Amazon Wardrobe you try-on the clothes, “she” makes photos for you and offers advice, you decide what to keep, pay only for that and a drone comes to pick up the rest. 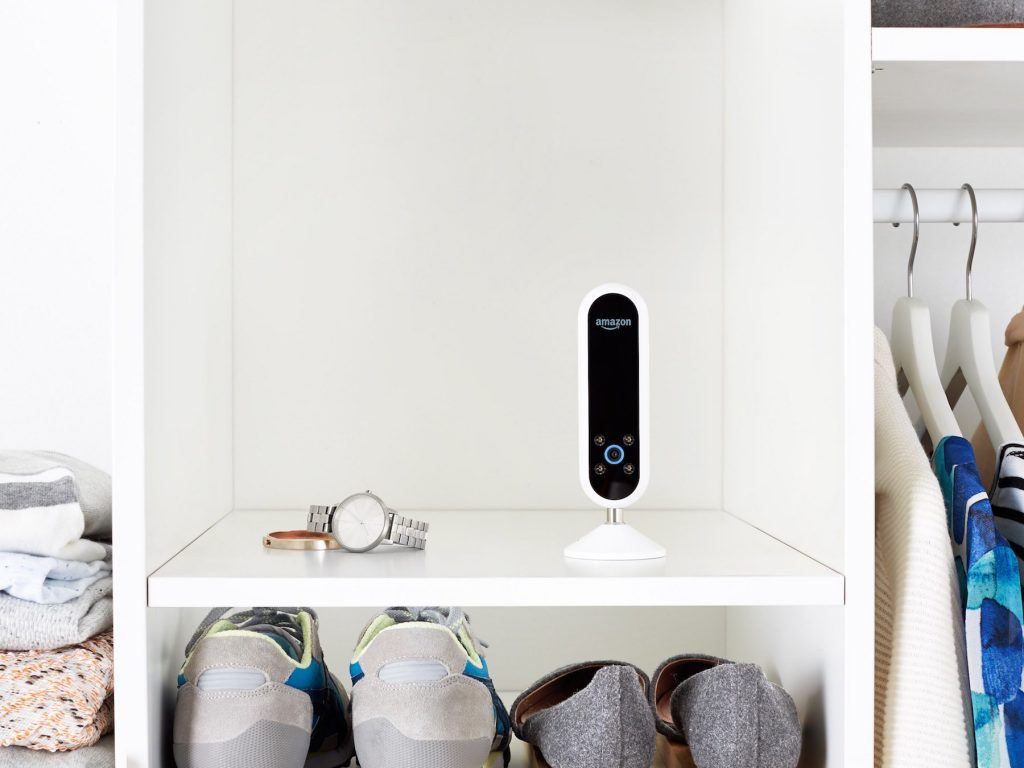 All of this you do alone, without ever going out of the house. Which is ultra-frictionless but still sounds kind of miserable.

Will there be only one enormous, shiny, ever present “A” in our future? Will we eat, dress, play and watch only Amazon?

We won’t: the World is too diverse, even for them. Being impossible to out-cash them we’ll find ways of outsmart them with our “heart-companies” (as Internet Retailing’s Ian Jindal called them during his speech at the Netcomm Forum in Milan) in a hopefully virtuous, never ending, game of innovation.