What will happen to supply chains and production costs if manufacturing jobs come home?

Back in June, the French president Emmanuel Macron said the time has come for manufacturing to come back home.

Of course, he was referring to France when he said: “The only answer is to build a new, stronger economic model, to work and produce more, so as not to rely on others.”

But he was making a point that applies to any other developed economy.

If the retail and industrial sectors of an economy depend on suppliers on the other side of the world, you are playing a high-risk game.

During the 2020 Covid-19 pandemic, we've seen what happens to supply chains faced with widespread disruption: chaos. Factory closures and suspended transport services led to one noteworthy problem. The demand for personal protective equipment (PPE) such as face-masks and gloves rocketed. But most of the world’s supplies of PPE comes from China. Which led to a sudden worldwide shortage of PPE.

Components for manufacturing soon ran out, too. From car parts or smartphone screens, China is the world’s manufacturing hub – connected to its international customers via complex supply chains.

It doesn’t need to be a pandemic – disruption can be caused by extreme weather, political unrest or even the outbreak of war. The more extended the supply chain, the greater the risk of it breaking.

So, is chère Emmanuel right? Is it time for the likes of France, Italy, the USA and others to start rebuilding their manufacturing industries? Before we predict the return of millions of jobs to the industrialized nations of the West, we should think about why so much manufacturing was outsourced to China in the first place.

Globalization gets a bad rap in some quarters. But it’s important to understand why it actually exists. In simple terms, it’s the most cost-efficient way to make things. No conspiracies. No Illuminati. No shadowy global elite controlling the way the world works. Just capitalism, seeking the lowest-cost, highest-value methods of production and the maximum return on any investment.

China’s decision to modernize its economy in the mid/late 20th century involved the creation of vast amounts of manufacturing capacity. That was combined with even greater amounts of low-cost labour. Consequently, it became cheaper to get products made in China, put on a ship and sent halfway round the world, than to make those same things in your own backyard. That’s what led to the growth of global supply chains that literally span the whole world.

Shrinking those supply chains in our post-pandemic future is unavoidable if you want to reduce the risk of them being disrupted by global events. But it would also require turning our backs on what has been, for decades, the most cost-effective way to produce almost everything we have all come to depend on. It might be possible for a country like the USA to start building all the cars, TVs, iPhones and everything else that its people want to buy. The same goes for the countries of the European Union. But they’ll never be able to do it as cheaply as before. 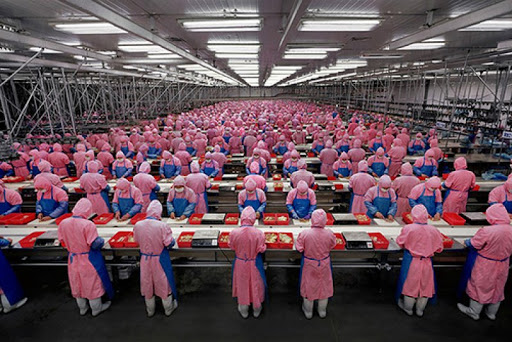 Higher wages, corporation tax, stricter employment laws, more rigorous health and safety legislation – and a tonne of other things I have forgotten to include – will all ratchet up the costs of anything produced domestically.

Those costs will find their way into the final price consumers are asked to pay. And we all know how much people love price increases. Actually, what we really know about consumers’ attitude to price rises is that if they feel there is a benefit, a value, or even just a good reason, they will accept them.

We’ve seen it in the delivery sector. Free delivery was once a universal standard. But it was never sustainable. Getting people to pay for delivery has meant offering enhanced delivery services. Next-day, same-day, guaranteed time-slot, nominated day, SMS alerts, an app that shows you a photo of the driver and lets you rearrange your delivery on the day, and so on and so on. All of which people will pay extra for because they feel it’s worth it.

The technology underpinning such services has meant retailers and the delivery sector can manage costs across the last-mile in ways that would once have been pure fantasy. The most cost-effective route and drop schedule are life-saving options, reducing unnecessary waste and increasing last-mile transparency.

For the industry, services such as these will be vital if prices across the supply chain as a whole start to rise. They will mean those costs could be partially absorbed through enhanced efficiency. Or simply made more acceptable to the end-customer through the addition of value-added options: route tracking, details of provenance, information regarding the precise date and place of manufacture – the sky is the limit.