Towards the Future, Back to the Past

In Milan, Italy, Amazon Prime members have been recently entitled to receive their parcels with a same-day solution. For something less than €40 per year they receive, as Business Insider reports, around $750 dollars worth of services. Amazon eats Amazon, with Prime Now deprived of exclusive same-day coverage and ready to be relegated among niche offerings. Without those who yearned for the “today” option it will become a reservation for those anguished souls who need stuff in less than two hours: some out of imperative necessity, some enslaved by compulsive shopping or the need for immediate satisfaction.

In the meantime Amazon is losing billions without much fuss. They literally seem to not care. Backed by investors and by other business lines, the Giant’s main interest is to brainwash public opinion, by teaching a lie: that deliveries are free, even if super-fast. Through this strategy it has cornered its competition, having it run a race that’s already lost.

Something even Amazon, though, cannot avoid, are missed deliveries. Nut until it bets on velocity above precision (more difficult and more expensive).

Talking of missed deliveries: DPD NL just came out with a solution! They will leave the parcel in your letterbox without asking for a signature. And yes, if this sounds a lot like …. receiving mail … exactly as it has been happening for about two centuries, it’s because it’s precisely that.

Funny to think that if modern home-delivery trends should stick around, by revealing to be sustainable, in a few years we could have a service comparable with that enjoyed by Londoners in 1889.

One hundred twenty nine years ago, in the biggest city of the world, mail was delivered twelve times a day, six days a week, with the first round at 7.30 and the last at 19.30. A letter inside the township could not take more than two hours to be delivered.

You can see this return to the past also in the habit that big online shops have developed of opening physical stores, starting with Amazon bookstores. Wait, what? Is this the same Amazon which started by selling books online and then took a shot at the extinction of paper books? Yep. It becomes quite clear that, in the future, offline and online will be totally co-dependent. Together with flying cars and busy drones we might finally get back the pleasure of strolling on healthy high streets, greeting the postman in the morning (on a bike! Did you hear how they’re the future of urban deliveries?) and mailboxes (maybe in a locker configuration, enabling both pickup and dropoff). The only thing we won’t get back, due to the sheer number of objects sold online, are those wonderful order-by-mail catalogues of the past. Too bad. They were much healthier, for peeping teenagers, than internet porn. 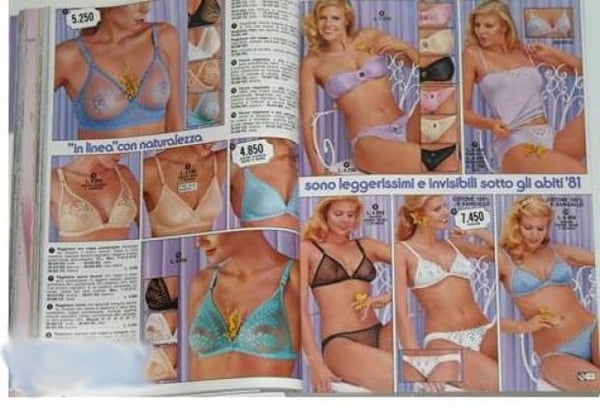