Jeff Bezos, the founder of Amazon, champion of space flight for all, and owner of the Washington Post, is the richest person the world has ever seen.

That’s according to the Bloomberg Billionaires Index, which – at the time this was written – attributed an astounding $157 billion to Bezos. Bill Gates is ranked second with $95.2 billion. Year-on-year, Jeff is also growing wealthier at a faster rate than anyone else. His fortune grew by $58.1 billion over the last year, way ahead the next-fastest growing fat-cat, Bernard Arnault (chairman and chief executive officer of LVMH) who added $13 billion to his pile.

These are truly staggering sums of money. So much so that at his current rate of wealth accumulation, if he was a country Jeff Bezos would soon rank in the Global Top 50 by GDP. He’d already be in the Top 60. 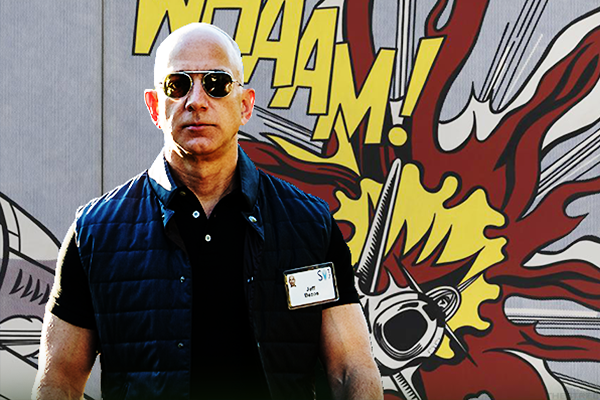 In the UK earlier this month, the subject of Amazon’s finances hit the headlines again. Amazon UK Services, which is the logistics arm of the company, performed well in its last financial year – pre-tax profits were £72.3 million, up from £24.3 million for the previous year. Yet somehow, the amount of tax it paid in the UK was only £4.6 million, which is considerably less than the £7.4 million paid in the previous year.

Furthermore, it deferred £2.9 million of its tax bill, meaning it actually only paid £1.7 million.

Meanwhile Amazon Web Services UK's accounts were also filed in August, according to the BBC, revealing its tax bill fell to £155,000 from £404,000, while its profits were up from £2.7 million to £5 million.

You don’t have to be a Marxist or a mathematician to think there’s something not quite right about all those numbers. The UK’s Chancellor of the Exchequer, Philip Hammond, is neither and even he’s talking about the need to do something. This is what he said on the subject: “We want to ensure that taxation is fair between businesses doing business the traditional way and those doing business online. That requires us to renegotiate international tax treaties because many of the big online businesses are international companies.

In short, a so-called Amazon Tax could be levied on successful online businesses to subsidise the failing high street. 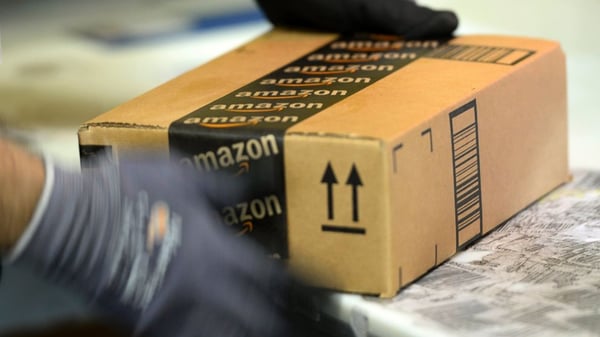 This is a well-intentioned idea. The retail sector is going through turbulent times and the list of casualties, calamities, and collapses on the UK high street is getting longer and longer.

But like the ancient proverb says, the path to hell is paved with good intentions.

I like the proverb about good intentions, but one of my all-time favourite sayings is, the rule of law is good but rule by lawyers is bad.

The UK tax code – the book of rules, regulations, and laws that govern taxation – is 17,000 pages long and contains around 10 million words. It is the longest such document anywhere in the world and has tripled in size over the last 20 years. It is a grotesque example of an overly technocratic approach to problem solving and it is not fit for purpose in the 21st century.

There’s a lot been said about the law being too slow to keep up with innovations like Uber. That argument sounds plausible, until you realise what’s actually being suggested is the removal of hard-won consumer and employee rights and protections. In the case of just about everything gig economy related, we actually need more stringent regulations and protection – solid frameworks allow for meaningful, trust-based transactions. Anything less simply isn’t sustainable.

But in the area of tax law I’d argue we currently have far too much regulation – here in the UK – and we need to tear things down and start again. The whole system of tax collection needs to be replaced with something that is streamlined, efficient, and agile. It needs to be simple in the way it is written, enacted, and complied with.

A tax on sales not profit – a turnover tax – would be easy to levy, easy to calculate and needn’t be very high to generate substantial receipts. It would become a cost of business, easily added to any calculations a business had to make regarding price policy, tenders and submissions, and so on. 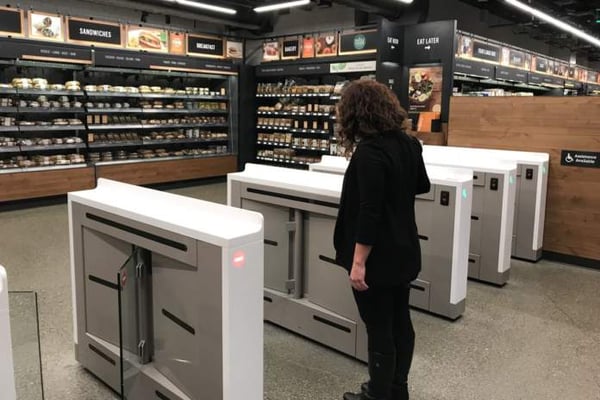 There’d be no need for complex accounting games, hidden profits, or byzantine cashflow through multiple off-shore companies just to avoid tax. Why? Because there would be no point – the tax man wouldn’t be interested in your profit.

Think of the vast sums of money that would no longer be spent on creative approaches to tax accounting. Think of what might actually happen to profits and shareholder value, too.

Penalising Amazon, or any other successful online business, as part of some vague plan to defend the high street won’t work. Some high street retailers are in trouble because of poor management, bad decisions, and substandard advice. Some are experiencing a loss of customers simply because they offer poor service and a mediocre shopping experience.

Giving them money that you took from Jeff Bezos isn’t going to fix any of those problems.