Taking Stock #53: Covid sends US grocery shoppers online – but will they stay there?

Let’s pause to put that $7.2 billion figure into context. In August 2019, online grocery sales in the US were worth $1.2 billion.

Of course, it’s no surprise that online grocery shopping has boomed. For many people, being able to avoid a physical store has been a lifeline at a time when safety concerns, anxiety and general inconvenience have been running high.

According to one study, in June 44% of American households said they were very worried about the possibility of falling prey to Covid-19. That was up slightly on May and in the 60+ age bracket, those worries had jumped by 9%.

These are the scores on the doors (Brick Meets Click)

One of the biggest long-term challenges facing grocery retailers across the US right now is how to keep all these newly created customers – or how to stop $7.2 billion dwindling away back down to $1.2 billion. After all, if people were motivated to shop online by the pandemic, does that mean they will stop once lockdowns ease and confidence returns?

If that happens, what does that mean to the investments and changes retailers may have made online? Will it all have been for nothing?

It’s no surprise that when it comes to ecommerce in America, there is a correlation between age and activity. Let’s face it – that’s what everyone believes to be the case. In its Online & In-Store Grocery Shopping Study, the US-based Retail Feedback Group (RFG) found that 50% of in-store grocery shoppers also placed orders online.

Dual-channel food shopping was found to be true for:

RFG’s data also shows that 62% of those shoppers used two or more outlets during the pandemic period. Again, that’s not terribly surprising. During any period of stock outages and limited delivery slots shopping around is likely to increase. 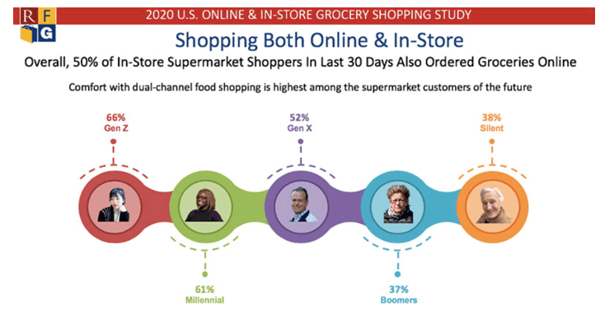 Ask someone in the retail sector what customers are looking for and one of the answers you’ll get is convenience. Which is funny, because I’ve never met anyone who went looking for inconvenience when shopping – online or in-store. 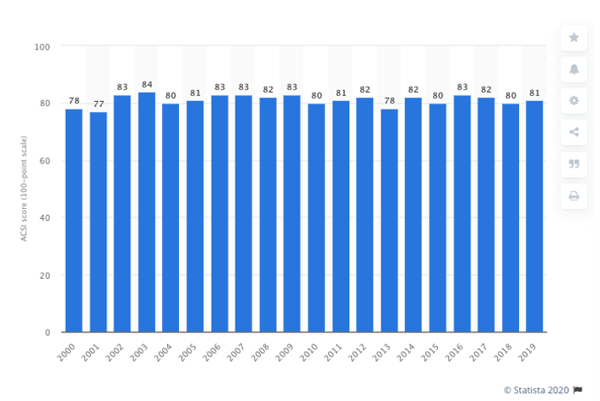 US customer satisfaction with online retail from 2000 to 2019 (Source: Statista)

With such small margins left for improvement, does convenience really matter anymore? Those figures seem to indicate that everybody’s already pretty pleased about the way things are going.

Well, as is so often the case, the devil is in the detail. In its 2020 research, RFC discovered the least satisfied cohort of grocery shoppers was Generation Z. That’s right… Generation Z, the true digital natives. Born with a smartphone in their hands, Generation Z’s desire for instant gratification and high-quality digital experiences has even overshadowed the Millennials.

If that seems counterintuitive to you, you’re probably not alone. But this is the generation that’s never had to adjust to doing things online, including shopping. They’re not impressed by ecommerce. Instead, they’re evaluating businesses on their ability to follow through on their promises. Plus, they’re judging everyone by the highest standards they experience.

That means same-day delivery, true omnichannel fulfillment, and feeling like you can trust the brand you’re buying from. Or… if Amazon can get this stuff right, why can’t everyone else?

All of which is a challenge to any retailer that has spent most of the last 10+ years investing heavily on slick front-ends, SEO marketing initiatives, and general sales-oriented activity. Because it’s the back-end that matters most now.

As I’ve said before, here in my Taking Stock column for Milkman, the shift from five-day to next-day delivery is an evolution. But the transition to same-day is a revolution – for retailer and courier alike.

And it’s a revolution that is paying off for those who have got behind it – like the US retail giant Target.

From a vintage guitar to the shopping in your car

Last year, while giving an update on its second-quarter financial results, Target’s chief exec, Brian Cornell, said: “In our digital channels, we continue to see the most rapid growth in our same-day fulfillment options, in-store pick up, drive up and Shipt, which together have more than doubled their sales in the last year.”

More recently, Target has begun offering curbside pick-up. This service has been described as the biggest trend in ecommerce, at least in the US. It’s a trend that’s caught on with independently owned specialist retailers like Caveman Vintage Music in Los Angeles, and now with nationwide players like Target and Walmart.

For Caveman, stock control means having an intimate knowledge of the guitars and other instruments in-store. For Target and Walmart it means applications that connect warehouses, distribution centres, stores, couriers, buying departments, and more. 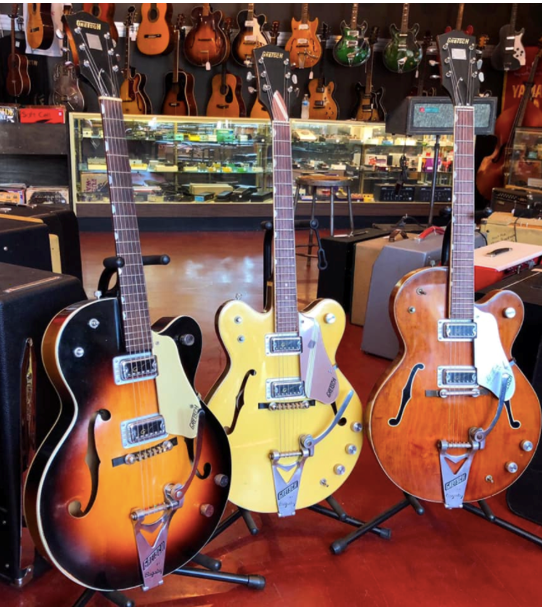 It is not easy to become agile if you’ve spent most of your time growing bigger by adding bulk to your business. But it’s not impossible either. And for those retailers who don’t want to see their share of that $7.2 billion shrink horribly, it’s going to become a necessity.

Taking Stock will be taking a short break over the summer. But when it returns, I’ll be looking at how that agile necessity can become a reality, and what will be needed to make it happen – from tech tools to corporate philosophies.

Until then, stay safe.

You might be new to this term. So, we asked the Silent Generation, “who are you?” But they didn’t say a thing.

In terms of generational labels, this is very US-centric. But it’s worth knowing about. Broadly speaking, they were born between the mid-1920s and the mid-1940s. It was a smaller generation than the Baby Boomers that followed. The Silents benefited hugely from the post-war period during which the American economy was dominant.