Did you take part in last week’s Climate Strike mega-event? Millions of people, mostly but not exclusively, the young rallied round Greta Thunberg, the Swedish teenager who has become the face of the climate crisis fight-back.

In New York, the city education authority even gave all 1.1 million students in public schools the day off so they could take part. 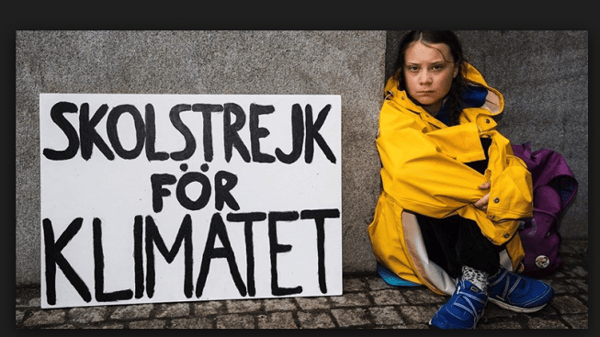 As someone who has written about environmental issues for several different outlets, I have no doubt that humanity is to blame for the extent to which our climate is changing.

As someone reading the Milkman blog, you might be wondering what all this has to do with deliveries and e-commerce.

Well, it’s simple. We’re all in this one together. Everyone is implicated, we all have a carbon footprint, and although there are limits to what we can all do, we can all do something.

I don’t wear contact lenses. But lots of people do. Once upon a time not so long ago, you would collect your contact lenses from the optician. Now you get them delivered to you at home or at work. What that means is that instead of a single vehicle delivering 500 sets of contact lenses to a single address, there are now many, many vehicles making deliveries to 500 different addresses.

It’s convenient, of course. It’s created revenue streams and business opportunities, too. But it’s hardly the most environmentally friendly way to carry on.

According to the European Commission, light commercial vehicles (that’s things like delivery vans and trucks) account for around 2.5% of total EU emissions of carbon dioxide.

Now, you may be thinking, “that’s pretty low” – so let me offer some perspective.

The European Commission also says: “Aviation is one of the fastest-growing sources of greenhouse gas emissions.” I’m sure you’ve heard that before. Flying is bad for the environment. There is a growing number of people who avoid flying for that very reason; the Swedes even have a word for it – flygskam, or flight shame. Not to mention that Swede I already mentioned, Greta Thunberg sailed from Europe to the USA to avoid flying.

“Direct emissions from aviation account for about 3% of the EU’s total greenhouse gas emissions and more than 2% of global emissions,” the European Commission says.

That’s right – big bad aviation, often singled out as one of the worst polluters, and light commercial vehicles are responsible for equivalent levels of emissions.

So it’s time to put a stop to home deliveries and get all those vehicles off the road, right? Wrong. Although that might do wonders for emissions levels it simply isn’t an economically viable or sustainable approach.

Nor does it mean you have to scrap all your combustion-engine powered vehicles in one fell swoop and replace them with electric ones. Although it would be great if you at least considered making moves in that direction. Amazon has – and if they can, anyone can, surely. 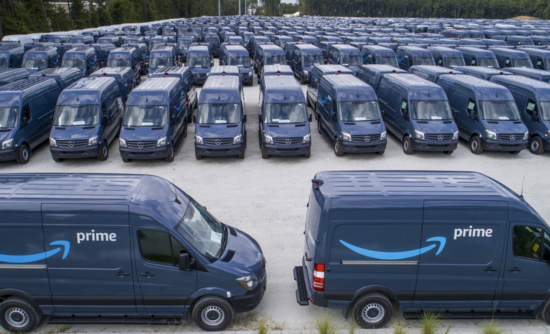 But it’s not ok to do nothing, either. We are all in this together. To borrow a phrase from the climate strikers… there is no Planet B. We can’t keep adding to the environmental problem and pretending it doesn’t matter.

More efficient use of resources is an absolute must-have. As a sector, we have to say no to waste.

No more half-empty vans. No more inefficient route-planning. No more thinking it doesn’t concern us when extreme weather events on the other side of the planet destroy communities and take lives.