Taking Stock #30: In the UK food retail sector there’s no smoke without fire

Things have been hotting up in the UK grocery sector. I am, of course, referring to the devastating fire at the Ocado distribution centre in Hampshire that took place in early February.

Fires are no laughing matter. They endanger lives, cause vast amounts of damage, and pollute the environment. Thankfully no one was injured at the Ocado fire – that’s probably because there are no people working there, just robots – but it will be weeks before the site is made safe.

The distribution centre processes around 30,000 orders a week (well, it used to) across a site covering almost 73,000 square metres, with over 1,000 robot workers beavering away getting shoppers’ orders ready (well, they were). Robots and automation are important for Ocado. It recently licenced its technology platform – the Ocado Smart Platform – to Groupe Casino in France, Sobeys in Canada, ICA in Sweden and Krogers in the US.

The Hampshire centre handles around 10% of Ocado’s business. In the scheme of things, that isn’t huge. But its significance to the retailer runs further because of that tech-centric vision. It is the flagship distribution centre for the company’s commitment to a future where robots do all the work (well, it was … this joke is getting old, isn’t it?). 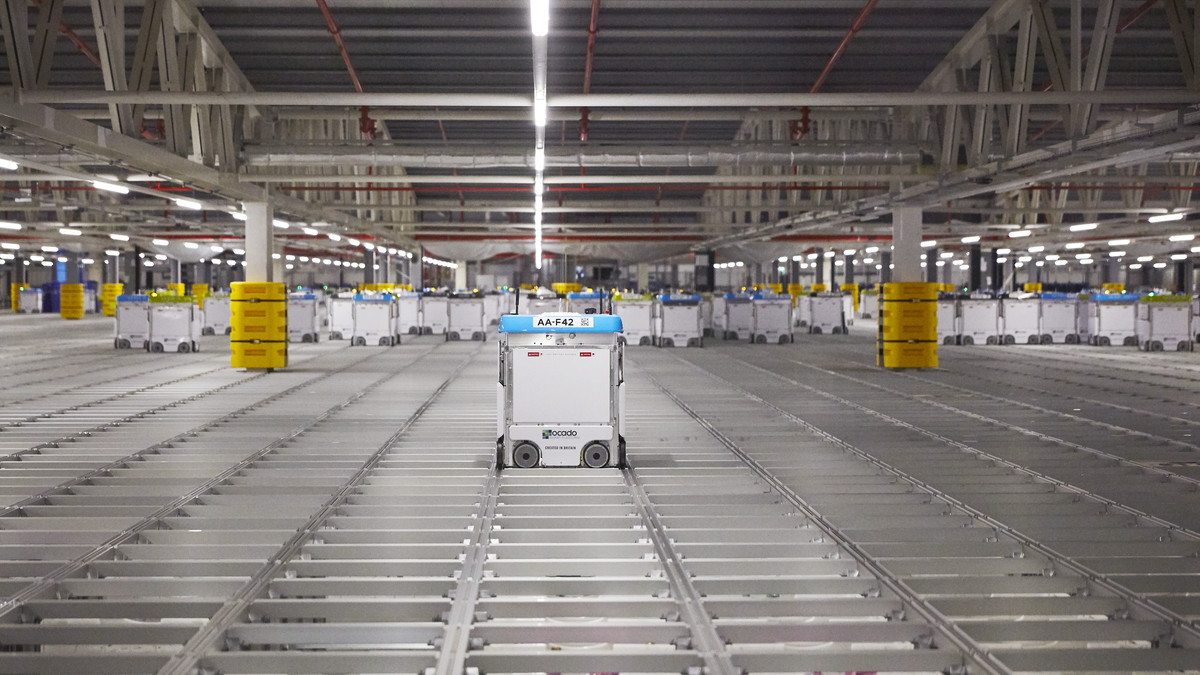 In technology we trust

The truth is that for all it is a food retailer, Ocado is also a tech company. In fact, the tech side of things is arguably more important than the retail part. Its fortunes really began to take off when it started doing deals with other retailers; to investors its the promise of the platform that seems to appeal most. It went from being a shorted stock to one investors couldn’t get enough of. The decision to base the business on tech – particularly the use of robots – was bold and visionary. It even won an award for the high-tech sprinkler system installed at the distribution centre that burned down.

Robots are fast, efficient, and productive. They are also accurate and resilient. They can also work in environments humans would find restrictive. Sadly, they can’t turn to one another and say: “hey, I think I can smell smoke.” And, as it has been reported, some of the firefighters responding to the blaze found the distribution centre difficult to move around because it had been designed for robots rather than people.

There are clearly a lot of important questions waiting to be answered. Like, how did the fire start? Why didn’t the award-winning sprinkler system prevent or at least limit the fire’s spread? Is there a design flaw in the Ocado Smart Platform?

There is no reason to think there is. But it will be something investors and prospective licensees of the platform will want reassurance about. And with a much-rumoured deal with M&S in the pipeline, plus the renewal of its longstanding Waitrose partnership coming up next year, Ocado will no doubt be looking to get those answers out fast. 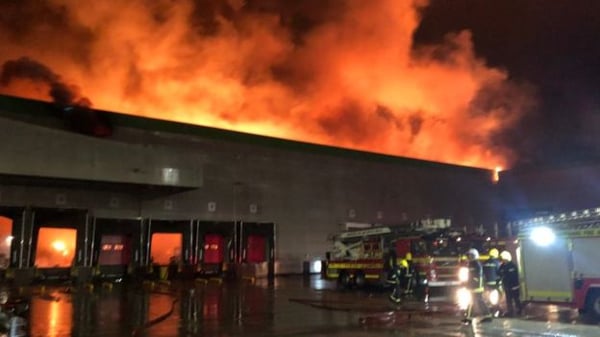 One plus one doesn’t always equal two

Someone else in the UK grocery sector facing questions is Sainsbury’s. It’s planned take-over of Asda is due to be approved (or not, as the case may be) within the next week or so. If UK regulators think there are too many concerns about what the merger will do to competition, they could refuse to sanction it. Or they may stipulate a series of store carve-outs – selling off part of their combined store estate.

There are some very real reasons to scrutinise the effects of this merger. There’s been a lot said about the merged group being able to make more cost-effective purchases from producers. There have been predictions of falling food prices – predictions that could be swept aside by Brexit-related fallout all too easily. But when supermarkets talk about offering shoppers lower prices due to better purchasing it can only mean one of two things – you’re buying cheap, lower-grade food or the producers are being squeezed.

The latter is already an issue in the UK where many farmers complain of making a loss on the production of certain foodstuffs, milk being one that routinely gets cited as an example.

But is that really so bad? If you can’t get the price you need to make production economically viable, something is fundamentally wrong. If we go back to economic basics, the laws of supply and demand are as simple as they are indifferent – if supply runs ahead of demand, prices will fall.

According to the United Nations, around one-third of all food produced ends up being wasted. One-third. That means that something like 30% of all the resources used in the production of food are being used for no reason. All the fuel, the pesticides and fertilisers, everything.

Meanwhile, there are around two billion obese people in the world, and almost one million suffering from malnutrition. Something’s not right. Something ought to change. I’m not sure the newly merged Sasdbury’s is about to fix that problem, and nor do I expect it should. But wouldn’t it be great to see someone in a position of real influence tackle the big issues rather than promise everyone cheaper cans of tomatoes, just once?