Taking Stock #25: AI is to blame for retail’s woes: you’re not using enough of it

I mean, seriously… the levels of hype surrounding AI are mind-boggling. It’s virtually impossible to know who to believe.

Microsoft thinks the retail sector should invest more in AI. Now, set aside any cynicism you may have about a technology firm telling us all to buy more technology. It would be more interesting if they told us all to stop buying it, I know. But the world we live in has already begun to embrace AI. There isn’t much point telling anyone not to bother with AI now – the genie is already out of its artificial bottle.

Vodafone has an AI chatbot called TOBi. It’s powered by IBM Watson. You know the kind of thing… it has a cutesy little icon ID and pops up asking friendly questions about how it might be able to help you. It’s a bit like the Microsoft PaperClip in a lot of ways. Vodafone makes some pretty big claims about TOBi’s performance. In particular, that is has a conversion rate of +100% compared to website sales, and transaction times that are less than half of website sales. Apparently, cart abandonment rates are lower too.

My own experience with TOBi wasn’t quite that impressive.

So far so good. The response was super fast, too. So I decided to ask another question. This time I asked how much the monthly tariffs were. However, I misspelt ‘tariff’ – oops! But I figured it would be interesting to see how it would cope with that. Not brilliantly, to be honest.

It looks like artificial intelligence is still no match for natural stupidity.

But every retailer would like a high performing salesperson snagging customers on the website, wouldn’t they?. So, with the impressive numbers Vodafone is getting, why wouldn’t every retailer follow suit?

Well, not every retailer is Vodafone and not every retailer can afford an AI chatbot powered by IBM Watson. Which brings us back to Microsoft, which wants you to buy into AI, and understands you might not have gazillions of dollars to spend.

Seemingly quoting a press release based around some research carried out by (or for) Microsoft, the UK’s Daily Telegraph said: “... over half (56%) of UK retail companies are still not using AI into (sic) their operations, when compared to 44% of financial services companies and 40% of manufacturers. Of the leaders in the retail sector, around 61% are currently using AI technology.” 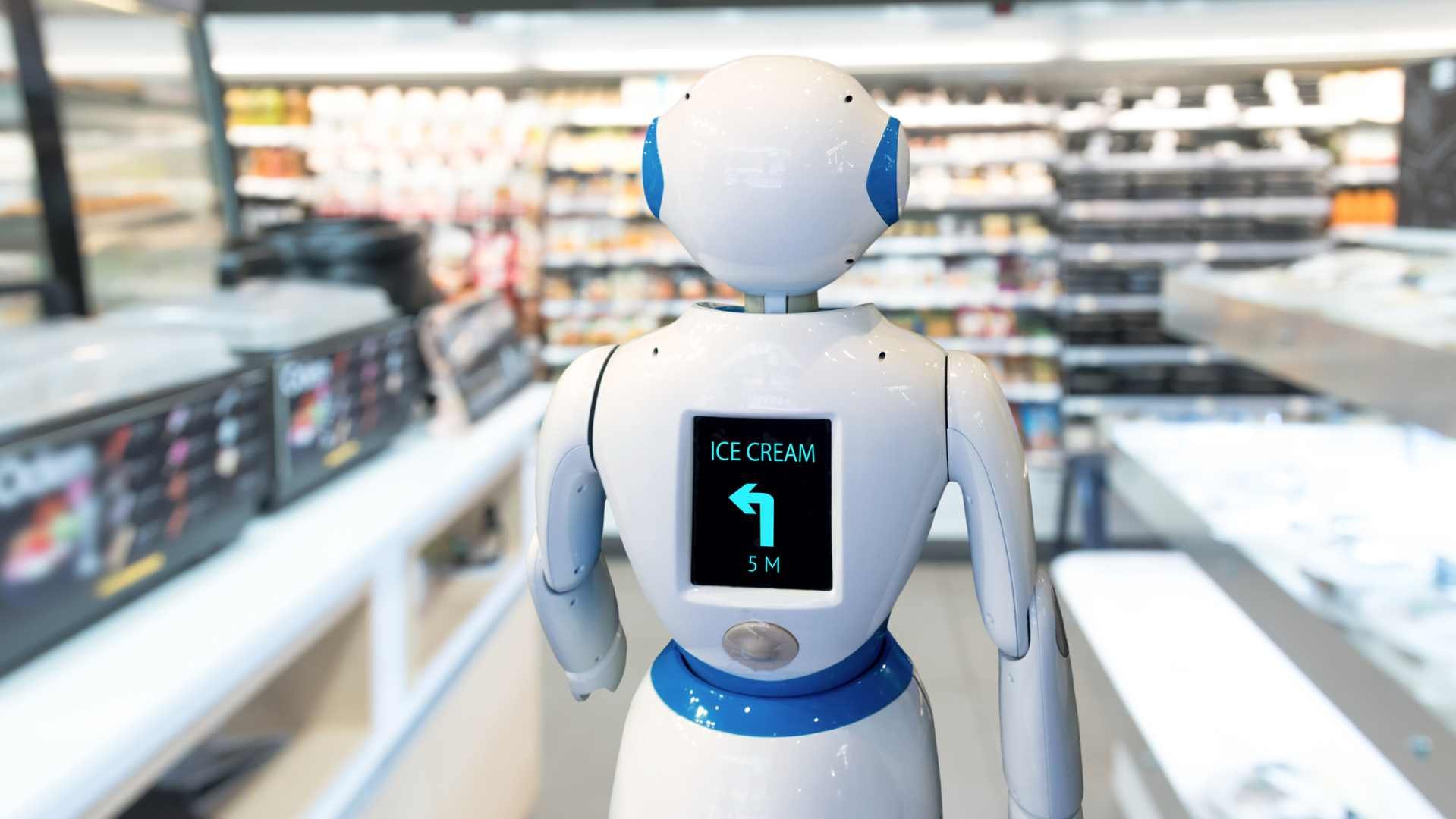 It then quotes from what I imagine to be the press release this story is based on: “Clearly, for the sector to thrive in the future, the speed of change must increase. Yet, in fact, many experts predict adoption will remain slow, particularly in the big box retail sector due to the challenges of scaling their digital offer quickly and cost-effectively enough to compete with native online retailers. What is clear is that change cannot be ignored. AI will impact retailers of all shapes and sizes.”

The story then names a few UK retailers that recently bit the dust. Presumably, they weren’t using enough AI.

It also quotes Helen Dickinson, chief executive of the British Retail Consortium, as saying: “The high street is reinventing itself, adapting to changing consumer behaviour and increased competition for leisure time. AI is going to be an increasing part of that picture and along with structural changes to the way consumers and retailers interact, will be part of the positive transformation story of the retail industry.”

In recent years, the UK high street has been reinventing itself in line with changing consumer behaviour in much the same way that turkeys reinvent themselves in line with people’s plans for Christmas dinner. Where AI fits into it, I have no idea. It isn’t made at all clear. I should stress at this juncture that my complaint is not with Helen Dickinson, the BRC, or Microsoft. It’s the way in which yet another mainstream news outlet covers a story it doesn’t understand and fails to ask probing questions, that annoys me.

How will AI help bricks-and-mortar retailers on the UK high street, when one of the best examples of how well AI performs as a sales agent relates to online sales? How does this fit in with the supposed increase in shoppers wanting to combine leisure experiences with actual shopping? Will there be AI-powered coffee cups making recommendations to people… “you’ve just eaten a huge slice of cake, don’t go clothes shopping now – nothing will fit you. Go and buy some soft furnishings instead.” 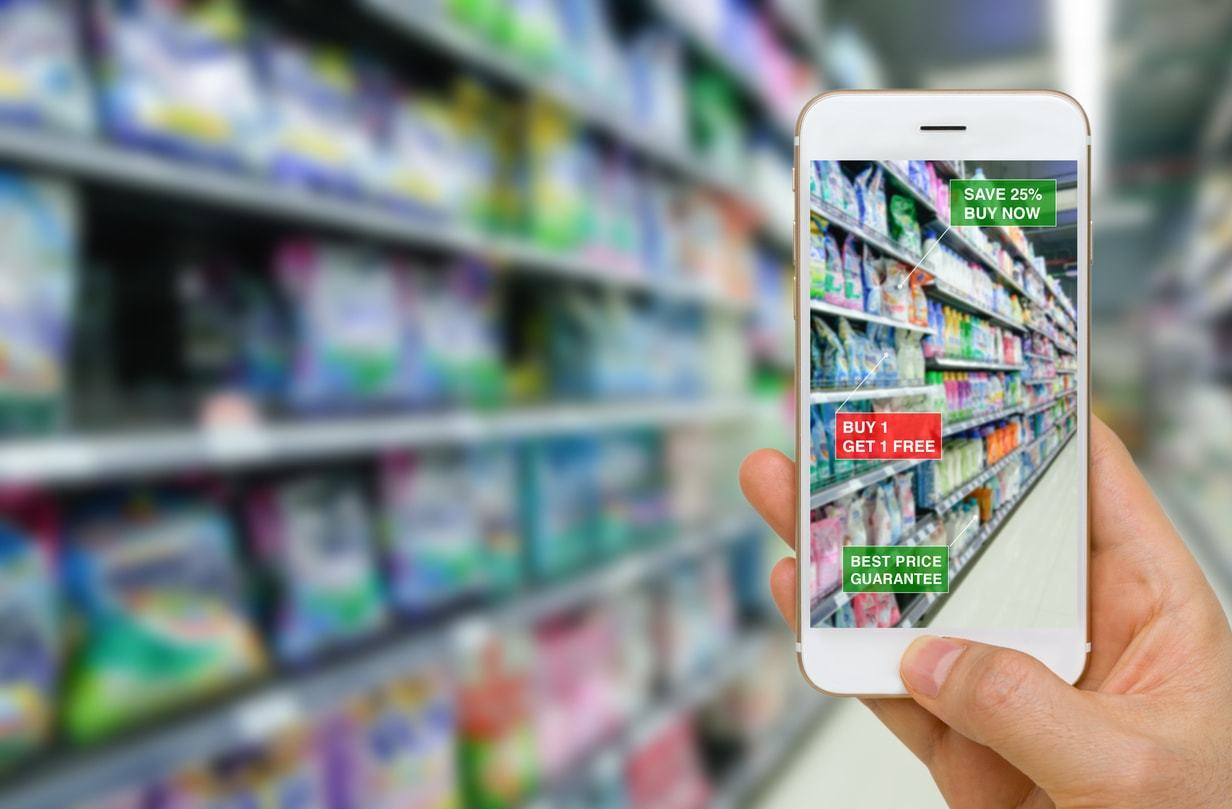 And as for that line for the sector to thrive in the future, the speed of change must increase… umm, no. That’s just a lot of silly nonsense.

The pace of change in any customer-centric sector, particularly retail, is being driven by the customer. Not by the availability of tools and technology. Not even by the presence of a thriving digital ecosystem. But by the rate at which customers are willing to allow developments into their everyday lives. If you can add value, without adding friction, you’re in with a shot. Every single successful app-based business ticks those two boxes. But if you overcomplicate things for the customer, or try to lead them down a path they’re not ready for, you’ll regret it.

Microsoft's UK chief technology officer Michael Wignall gets quoted by the Daily Telegraph, saying something potentially very interesting: “I think one of the big benefits of artificial intelligence, and this is definitely the Microsoft position, is that we want to democratise the value of AI, we want it to be available not just for the biggest corporations but all the way down to the small companies as well.”

It’s a little bit jargon-heavy. But the idea of democratising the value of AI is good – making it available to retail businesses large and small alike.

Oh, and keep an eye out for the Terminator. Just in case.