Although it’s only four months old, 2018 is shaping up to be one of the worst on record for the UK retail sector – especially where physical stores are concerned.

The latest big name in the firing line for doom and gloom predictions is the House of Fraser chain of department stores. It has more than 50 stores in the UK – and a presence in Ireland too – and can trace its history all the way back to 1849. Back then Queen Victoria was just 30 years old, the California gold rush had just started, and Italy was a cauldron of revolutionary and unificatory struggle. 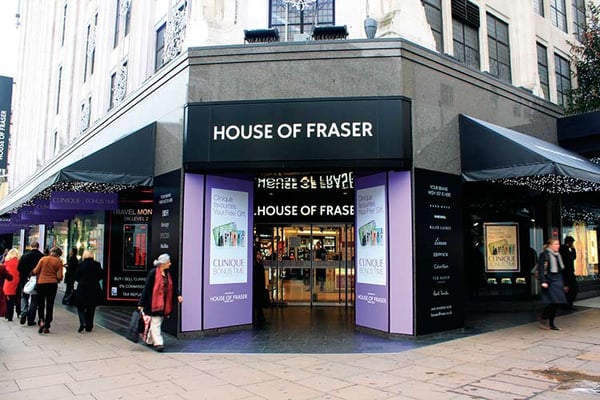 But now KPMG is said to be drafting plans to save whatever can be saved. I hope they are resoundingly successful in their endeavours.

Other UK retailers said to be feeling the pressure are Mothercare and Debenhams. Maplin and Toys R Us have gone (maybe it should be Toys Were Us), and several others are restructuring debt hand-over-fist in an attempt to buy themselves time.

But when a longstanding icon of the British retail landscape is in trouble like this, it will focus more attention on a problem that has been gathering momentum for several years. A problem that has claimed scalps in the UK, the US, and across mainland Europe too. Namely, what are all those stores for?

Because, let’s face it, whatever it is they’re for, they don’t appear to be being for much shopping.

And why’s that? Well, as we all know, everyone sits at home buying things from Amazon (although it is OK to buy from other online retailers too). People go into stores for different reasons – not to buy things. Mostly, I think they go to use the lavatory. But I have no data whatsoever to prove that hypothesis.

The future of retail, assuming it has one, is all about experiences though. For several years I’ve believed IKEA to be an interesting indication of what this future looks like. You turn up, eat some meatballs, sit or lie on the furniture, and three hours later you emerge with six very cheap glasses and some cushions you didn’t know you wanted. And you come back again and again, until one day you buy new armchairs, curtains, and a rug. To go with the cushions, of course. 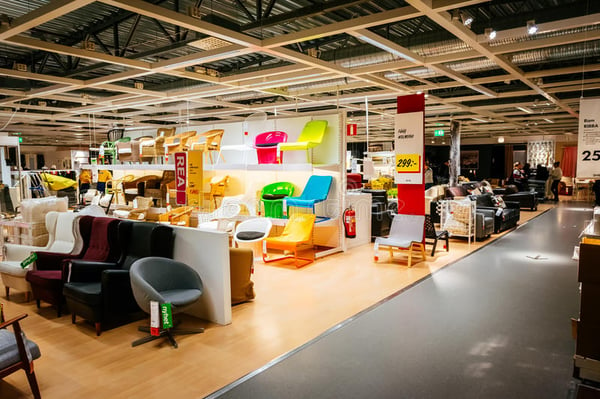 But we can’t turn every vacant, or soon to be vacant, store into a Swedish flat-pack furniture behemoth. That would be absurd.

Instead, lots of empty former store space is being converted into gyms in the UK. In fact, there are two just a few minutes drive from where I live. Stores and shopping centres are also working hard to develop experiences that will at least get people in through the door. That could be opening new eateries – or improving existing ones – and offering themed events: cooking demonstrations, wine/whiskey tasting, prosecco and cupcakes.

There are even climbing walls being installed in some stores. And if that strikes you as being a bit like having a creche for kidults, you’re probably not alone.

Some commercial property landlords are getting out of the game altogether and converting retail space into housing. After all, everyone needs somewhere to sit in an armchair while ordering stuff from Amazon, right?

But one of my personal favourite examples of old retail space being put to good use involves something even more dramatic.

All over the UK, an events company called Zed is running zombie apocalypse experiences in derelict shopping malls. People pay around €130 to run around in semi-darkness shooting at other people in full zombie make-up.

As much fun as that sounds, let’s hope it’s not a metaphor for the future of retail in general.