Taking Stock #12: At Amazon everyone can hear you scream

My theory that Jeff Bezos of Amazon is pranking the whole world has recently stopped seeming completely ludicrous. Allow me to explain.

It all started right at the very end of 2016. Just a couple of days before 2017 came bursting out of the calendar, all full of promise and anticipation, details of Amazon being granted a patent for a giant flying warehouse hit the news. At first, I wondered if I was so full of the Christmas spirit that I was hallucinating.

Nope. It really happened. Although to this day people will still react with unbridled incredulity when I tell them about it.

It’ll hover over your house, I tell them. It will be able to fly at a height of 45,000 feet (that’s 8.5 miles, or nearly 14km). A fleet of little drones, each clutching parcels, will drop down from it, and it’ll probably look like an old-fashioned airship – not so much Graf Zeppelin, more Graf Deliverin’. 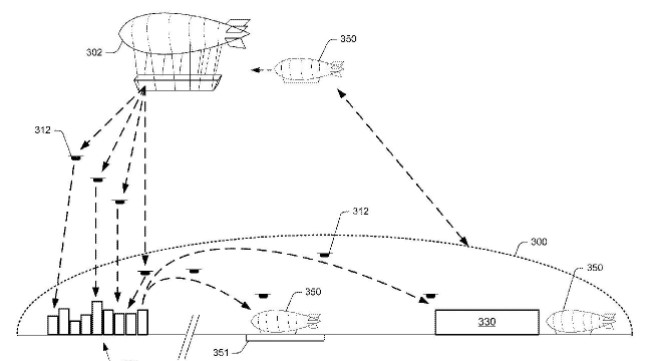 It’s for a drone that recognises when you’re shouting at it and waving your arms about. Seriously. Well, I say ‘seriously’ but I honestly can’t be sure anymore. Like I said, I get the feeling we’re all being pranked.

Presumably, you’ll be able to run out of your house as the drone tries to deliver something and jump around waving your arms about screaming, “Not now! Come back tomorrow between the hours of 10 and 11, please.”

Apparently the drone may even hover outside your home waiting for you to give it the go-ahead before parting with the goods. It will even know if you’re giving it a thumbs-up, the sign that it’s ok to make the delivery. Whether it will be sophisticated enough to tell one digit from another is unclear. So just be careful – you might think your one-handed gesture clearly means ‘go away’, but the drone might think you’re saying ‘come on down!’ 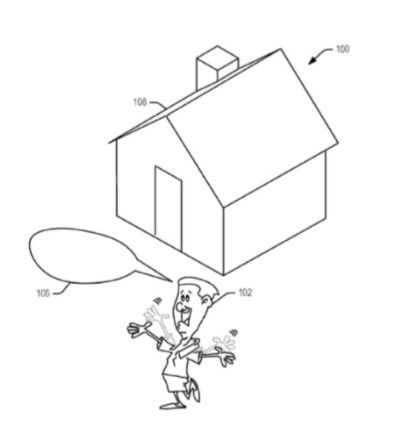 I know how fantastical it sounds, but it’s true. It was written about in the Washington Post, which is owned by one Jeffrey P Bezos.

The more I think about it, the more it seems to me we’re witnessing a strategy that owes as much to the Marx Brothers’ Duck Soup as it does Sun Tzu’s Art of War – and the more certain I am that Jeff Bezos is enjoying himself at everyone else’s expense.

And when I say expense, I mean it literally as well as figuratively.

Hot on the heels of Amazon being granted a patent for the Graf Deliverin’, Walmart followed suit and filed a patent for its own flying distribution centre. At what cost, who knows. But the time taken to write the patent application, never mind develop the idea itself, will probably have been more than some small businesses spend per year on coffee. There’s more than the financial cost involved, too. What about the opportunity cost of the time taken up by the flying DC patent process? What other, more productive, activities could have been attended do instead? We’ll never know, because they never happened – everyone was too busy trying to respond to Amazon.

A lot is said in the tech/business space about disruption, but I’ve long thought Amazon to be the absolute world champions at it. It disrupted the bookseller market by selling books online. When it was safely the most dominant player in the book sales sector, Amazon disrupted that too with the launch of the Kindle.

A business that’s prepared to disrupt itself so spectacularly is nothing short of impressive. But a business that can get inside the minds of its rivals and disrupt their behaviour, is a serious competitive threat to anyone it sets its sights on. Even when it doesn’t seem that it’s being very serious.