Temperatures are rising at last; a welcome relief after the vicious coldsnap, which recently brought snow and freezing conditions across much of Europe. The same can’t be said for the British retail landscape, where a chill wind continues to blow.

In the last few weeks two big-name store chains – Maplin and Toys R Us – collapsed. The American arm of Toys R Us could be closing its entire store network over the next few days, while the UK division prepares to wind down, with closing sales now a common enough sight. And as thousands of people face the prospect of unemployment, the usual blame game has begun, with many fingers pointing at the internet, and particularly at our old friend Amazon. But enough is enough. It’s lazy and wrong-headed to keep blaming Amazon everytime another retailer hits the buffers. 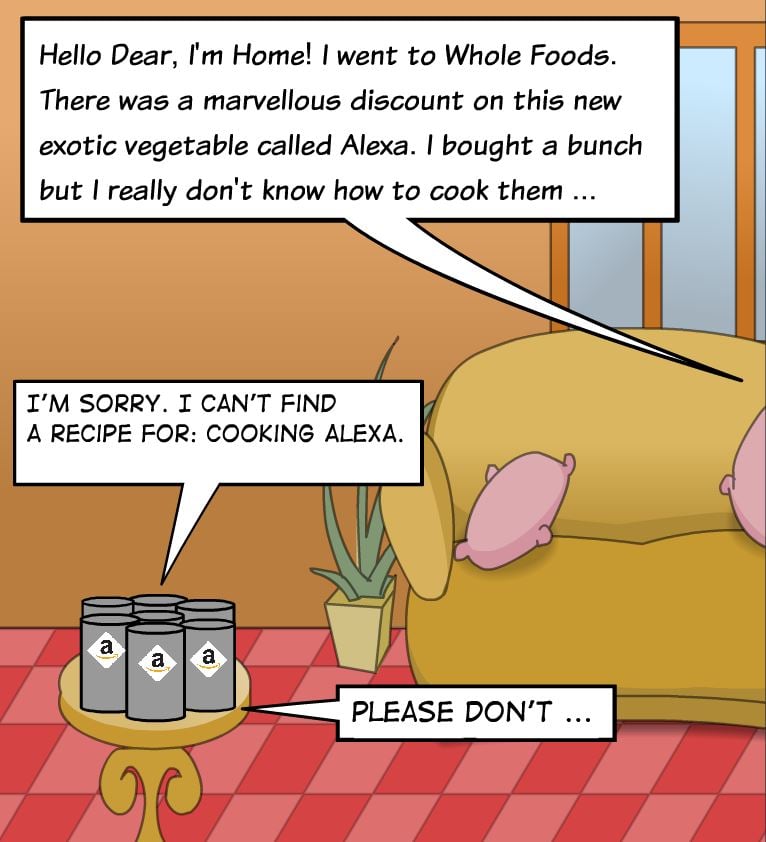 I don’t think I’m over exaggerating to say that every time a retailer finds itself in trouble, whether it’s a set of poor results or actually going out of business, the same cause/excuse is given by a series of analysts and commentators: blame it on the internet.

It happened most recently when I heard the collapse of Toys R Us being discussed on the radio. The retailer had, a confident-sounding retail analyst pronounced, not been able to cope with the competition it faced from Amazon and other online toy retailers. I don’t remember the guy’s name. I wouldn’t use it here even if I could. But I was annoyed that someone who is paid (and probably paid quite well) to understand the intricacies of the retail industry could find nothing more intelligent or illuminating to say that “Amazon” when asked why Toys R Us had struggled.

Competition is part of the DNA of the retail industry. Always has been. Always will. And while I’m not for one second trying to argue that Amazon isn’t a competitive threat to many retailers (and not just retailers), it isn’t the only threat. And don’t forget, when Toys R Us burst on to the retail scene, followed by other toy superstores, it heralded the end of the line for many independent toy shops the length and breadth of the country. 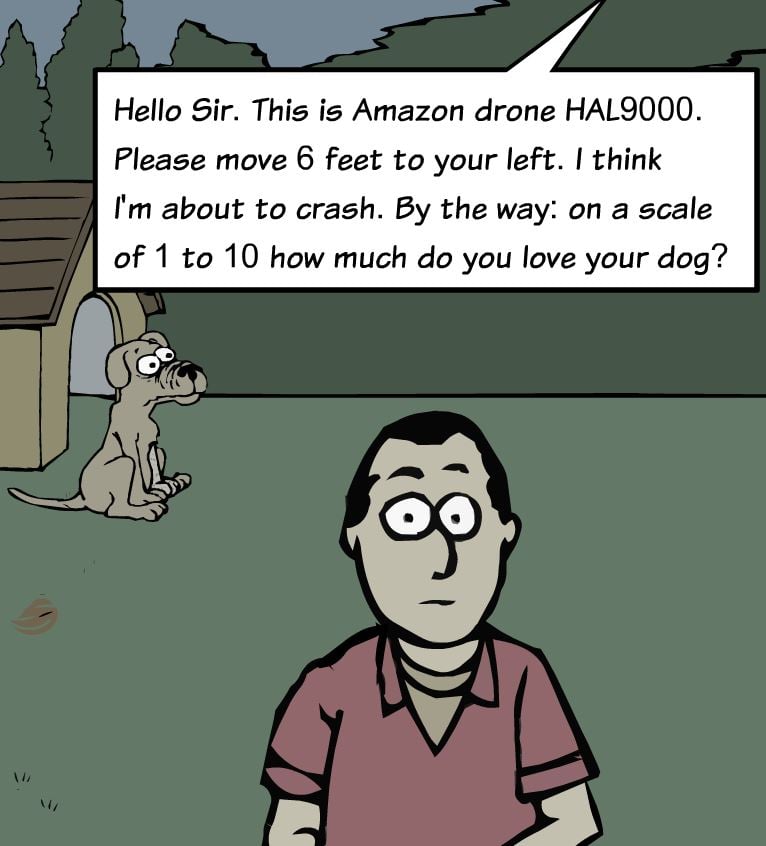 The first time I set foot in a Toys R Us store was probably in the late 1990s. The last time was probably sometime last year. Very little had changed across the two decades, during which time I must have made many hundreds of visits. The in-store experience was much the same as ever – a huge warehouse-like store with lots of Lego, lots of bikes, lots of toys of all shapes and sizes. It was noisy, a little shabby, and the staff always seemed quite fed up.

There were precious few, if any, product demonstrations or events to keep children entertained and encourage parents to part with their cash. No, just a great big store with lots of stuff on the shelves, and lots of really fed-up parents imploring their children to ‘please hurry up and choose something’ so they could leave.

None of which is Amazon’s fault. Nor is it the fault of the internet or ecommerce in general.

Shopping habits have changed, many will argue. And they have a point. The shopping expedition psyche isn’t what it used to be; the age of the big retail outlet has been and gone (although it might come back into fashion again one day). But I’d argue that grocery retail has witnessed the change to a convenience-led approach to shopping more than other categories, and that shoppers will still travel if they feel the effort is going to be made worthwhile. 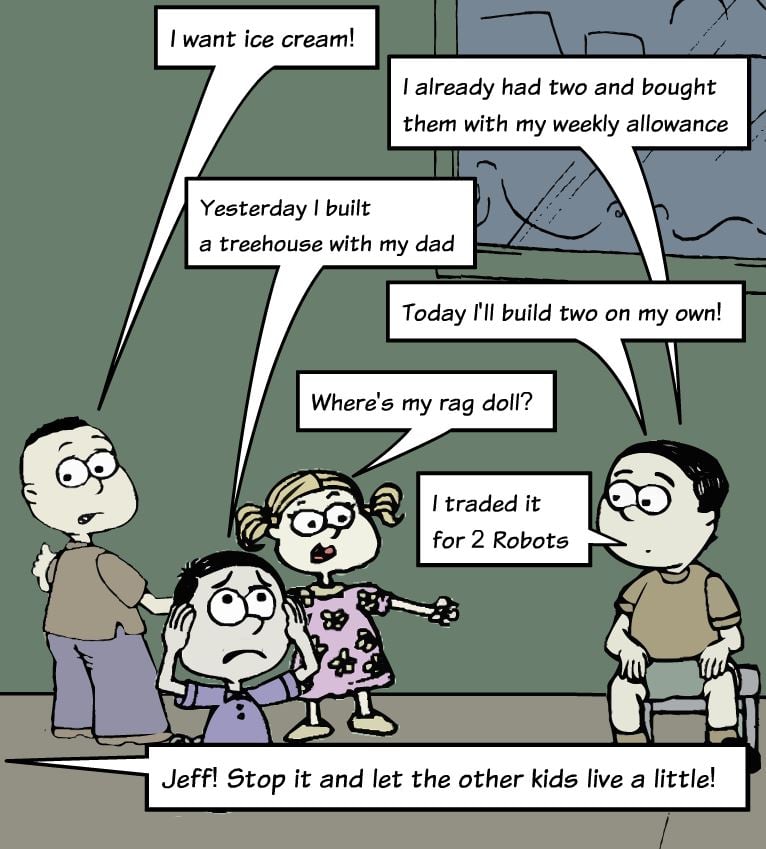 If you’ve been to the Hamleys toy store on London’s Regent Street, you’ll see how very differently things can be done. Before you’ve even seen how much the toys cost, you’ll have walked past several people demonstrating a range of different toys and gifts.

If there’s one advantage shopping online will always have over visiting a store, it’s convenience – unless you live above a shop and have a very poor internet connection. There’s no way a store can compete like-for-like on shopper convenience. But there are plenty of stores where the level of service and customer care is so high that convenience doesn’t feel quite as important. A knowledgeable sales assistant who will take their time to help you make a purchase decision that’s right for you is a wonderful thing. That’s hard to replicate online.

Keeping up with changing customer expectations is the real challenge in retail. It always has been. Next time you feel like complaining that someone has stolen your customers, remember… they were never yours in the first place. Like cats, shoppers will only come back to you if they trust you, if you look after them and give them what they want.

The question all retailers need to face up to is this: If you can’t offer shoppers something in your stores that they can’t find elsewhere – including on Amazon – why do you expect them to shop with you? 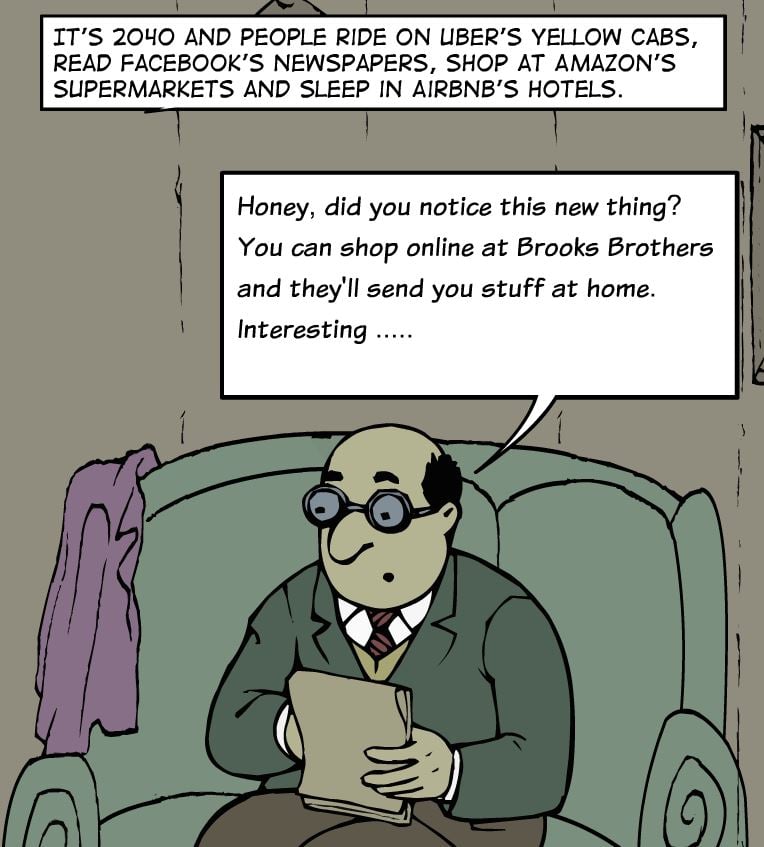