Taking Stock #1: "Say my name, say my name - Can voice technology help in the last mile fight for customer loyalty?"

Milkman is proud to welcome Sean Fleming, eDelivery's former Launch Editor and one of UK's most respected sector connoisseurs, as a recurring contributor to our blog. His column: "Taking Stock" will appear on our pages twice per month. Enjoy!

What goes around, comes around. Or so they say. I don’t know who ‘they’ are, but they seem to say a lot of things that get repeated by people.

I don’t know how true it is that things go round and round, but there is certainly something cyclical about the nature of ideas. Many seem to come out of nowhere, take over everyone’s consciousness, and fade away in the blink of an eye. Others fall from grace only to return to the limelight some time later.

We’ve seen this phenomenon occur with increasing regularity over the last 10 years - since the birth of the smartphone. Many of the apps that once rose to prominence, and the businesses behind them, were like shooting stars - they may light up briefly and look impressive, but they don’t tend to last long.

It’s not just individual apps on your phone that are affected by this phenomenon. With the proliferation of apps, even the idea of using your phone as an actual phone fell out of fashion.

Speaking was no longer cool, man. Voice was so yesterday.

But hold the phone - that’s all about to change. Voice is ready to take centre stage once again, thanks to voice-recognition software. That’s right - we’re all going to be talking more, just not to one another. To an app. It’s not a perfect world.

There are some really interesting examples of how the use of voice is starting to influence innovation and dictate development.

For quite some time now the business that used to be called Vocollect, and which is now part of Honeywell, has been one of the leading lights in the use of voice technology in the warehouse. This is a piece of kit I was once fortunate enough to use during a demonstration for journalists in London in late 2015.

I’ve been writing about technology since the late 1990s and most of the time I’m pretty cynical and jaded about it, about the companies that sell it, and about the people who work for them. But on this occasion it wouldn’t be too much of an exaggeration to say my Honeywell Vocollect experience was quite transformative.

How does it work, you may be wondering? I’m glad you asked. Put simply, operatives wear a headset that allows them to speak to the system that is directing their picking and packing schedule. They get spoken commands which they can interact with, and because the system learns to recognize how the individual user speaks, it can cope with accents, quirks of speech, and is multilingual. Literacy levels, in an industry where a sizeable proportion of the workforce is working in a non-native language, are no longer a barrier to productivity and a sense of personal achievement. It’s an impressive piece of kit.

Both Google and Amazon are pushing their own in-home voice-operated assistants, Home and Alexa, respectively. In the latest newsletter from Milkman, you can read how the former has recently partnered with Walmart in the US to offer shoppers a voice-operated shopping service.

Imagine that - picking up your phone and speaking into it to dictate a list of the items you need, and then having them delivered. I wonder if that’s what life was like in the 1950s when the local grocery store would take telephone orders and then have a young guy deliver them, often on a bicycle, to the shopper. I’m not the first person to make that comparison and I’m quite certain I won’t be the last. 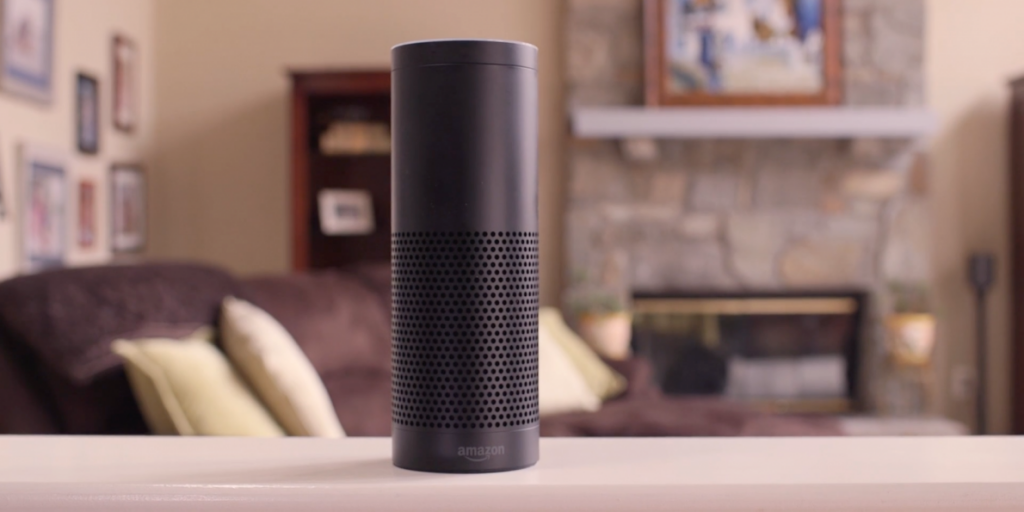 Setting my predisposition to cynicism to one side for a moment, what this illustrates to me is that the same old problems are still be addressed by retailers and logistics companies - how do we attract and retain customers, and keep them happy? Putting convenience first and seeing things from the customers’ perspectives is a very large part of that, of course. Technology can be a great enabler when it comes to helping businesses of all sizes understand what their customers want, and give it to them.

But much like the drones everyone was droning on about in 2015/6, sometimes there are technological breakthroughs that are the answers to a problem nobody really has. If you try really hard you can shift perceptions and expectations - and Amazon is great at that - and if you get it right you can make people want what you’re offering even though they were doing just fine without it.

The key to it all, though, is knowing your customer, knowing what they want, and making sure they get it.