A fascinating article penned by Justin Bachman for Bloomberg, titled “The Lonely Future of Buying Stuff”, imagines the lonely voyage of a pair of sneakers from the factory they’re made in to the hands of an online shopper. The year is 2036.

Along the production and logistics chain the sneakers never meet a single living being, only robots. The shopper is the first biological entity to ever lay eyes and hands upon them. The article reads like a piece of science fiction, with asides explaining the imminent reality hidden behind the story. From the automation of factories to that of giant cargo ships crossing the oceans; from robotics applied to the unloading and storage of goods to self-driving trucks; up to the end, in which a drone delivers a parcel to the shopper’s threshold.

It’s a solitary future, as the title suggests, but for the product, not for the shopper. By buying online, fast and without friction, we assume she has more time to live her social life outside those ‘mechanical’ interactions that you can have inside shops. This fanciful scenario implies the so-called Retail Apocalypse has killed off the majority of physical commerce.

The Retail Apocalypse idea, to tell the truth, has already been superseded by a less sinister vision. Sector experts say that physical retail will survive thanks to radical change; reducing real estate and swapping it for new tailor-made in-shop experiences. People will go shopping to be amazed, marrying consumerism with entertainment.

From a psychological standpoint it would be advisable not to ignore the shop’s social function: people don’t always have a good reason to get out of the house and live a few hours among their peers. It would be superficial to believe that, by taking back the time once devoted to online shopping, human beings would constantly re-invest it in ‘higher’ or ‘less stressful’ activities (for many shopping inside a mall is a natural tranquilizer). It would be like blindly believing those too-optimistic supporters of the robotics revolution. Those who tell us that robots will take the bad jobs and let people be employed in more interesting positions. In America there are four million cashiers: good luck in finding an interesting job for each one of them once Amazon Go has made their role extinct. 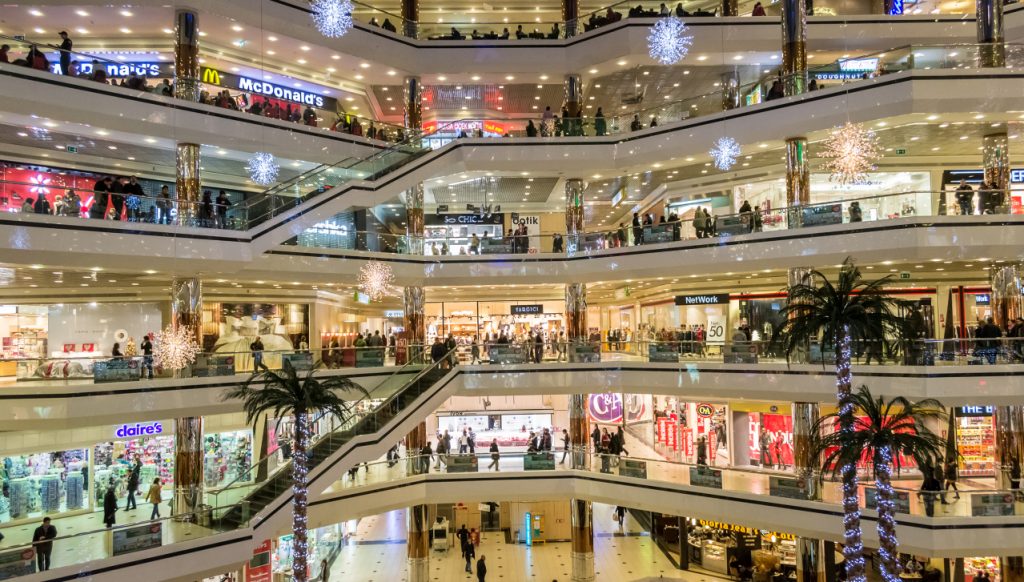 In a landscape equally divided by online’s convenience and offline’s social necessity, the only constant, valid for both fronts, will be the importance of added-value services. Among those, last-mile logistics seem to be on the fast track to the podium; those who buy online want to receive their goods at home and retain control of their journey from start to finish (by deciding when to receive them, day and hour, by changing their mind about it, changing the address, cancelling, re-scheduling, receiving updates etc.), or collecting in-store. Those who buy in-store are less and less likely to walk around with heavy bags (some startups already make the rounds to bring those bags to shoppers’ homes). It goes without saying that the whole universe hidden behind the curtains, letting eCommerce businesses and shops stock the right items in the right places, all depends upon logistics.

Logistics, for those who are able to ferry it towards a future of extreme efficiency, mutating it from a ‘cold’ to a ‘hot’ medium, is the most exciting table at which you can play, inside that shimmering casino that is eCommerce.