Report from the Netcomm Forum 2018, Milan. What was the talk of the town?

“In 2020 18% of global sales will be made online. Physical retail will have to evolve and drastically change”. With these words prof. Roberto Liscia, Consorzio Netcomm’s President, opened the eCommerce Forum 2018.

The keyword, for the majority of workshops, round tables and conferences, has been Omnichannel. Nothing new but with an overwhelming emphasis on the meeting of online and offline. 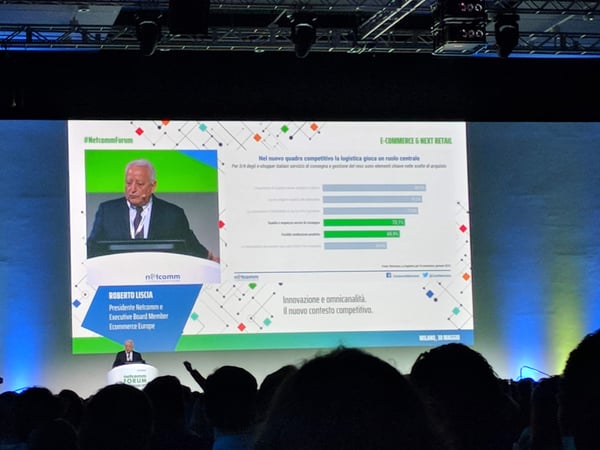 Value of eCommerce B2c purchases is up to 27,019 million euros, 15% more than in 2017 but online sales in Italy still account to just 6% of total retail. Much less than in other European countries, especially Great Britain, with its solid 18%.

The #RetailApocalypse hashtag archived, looks like physical stores are being rediscovered, not only by shoppers but by those online marketplaces that have done so much to put them in the extinction list. Rediscovered, yes, and rethought of. We heard so much about “experience”, inside and outside of the Forum, for months, and already know that it’s easier said than done. Today you go to the store to have a good time, to live something special that a web store cannot give you.

It becomes really important for the old “clerk” to become an active brand-ambassador: someone who literally “lives” the brand and knows everything about it and more. What so many of us have experienced before: going to the shop only to discover that you know more than the employee you’re talking with, has become unacceptable. 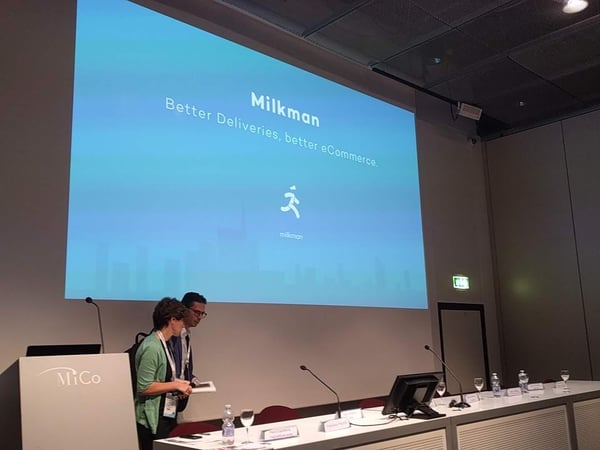 Monica Gagliardi, OVS’ Global eCommerce Director, said that “68% on physical store purchase come from online contacts”. The balance of pixel and brick has to be seamless and has to move its centre of gravity on the outside: “omnichannel starts with the client”, remarked Bottega Verde’s Benedetto Lovino.

Self-service payments and a lot of personalisation were hot topics too. Home deliveries, as we’ve been writing for three years, are at the front and centre of this revolution: “two thirds of online shoppers choose their merchant by looking at delivery option”, said Liscia. We were quite amazed to see how high-tech deliveries were featured in only a handful of the 300 more stalls of the Forum (including Milkman and excluding international carries like DHL). 320 million parcels will be delivered in Italy in 2018: look like there will be work to spare. 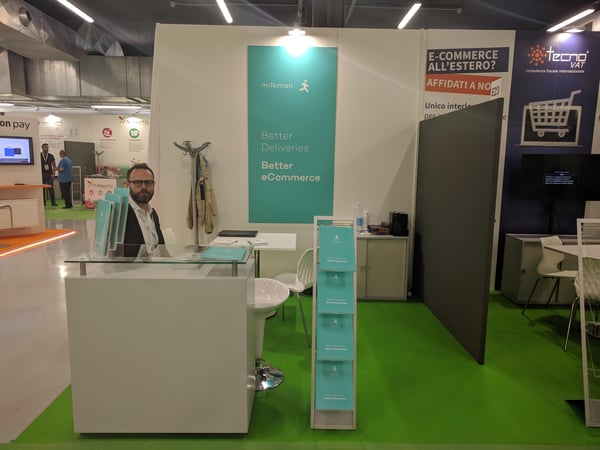 So: in-store brand ambassadors and experiences that are both emotionally involving and customized, maximum offline-online integration. Let’s add the imminent arrival in Italy of vocal home assistants (Google is here and Alexa is coming soon). Google’s Ryan Maresca amazed the audience by showing the audio of an A.I. speaking on the phone with a human hairdresser, the latter had no clue she was speaking with a computer. Day to day reality is something else: speaking with Siri or with Hey Google! is like having a conversation with your 90 years old deaf grandmother but still … in a couple of years we’ll have to account for these gadgets too.

There was talk about predictive analysis, big data and EU GDPR, of course but zero drones, robots, lockers and IOT. All silenced buzzwords. This is Italy, after all, not Scandinavia, to find a parking spot is worth of Elon Musk’s levels of innovation. For once, though, our slowness played on our side: we might have missed the whole empty-malls and zombified high-streets drama. We woke up with the solutions already at hand. Now we just have to make them work. 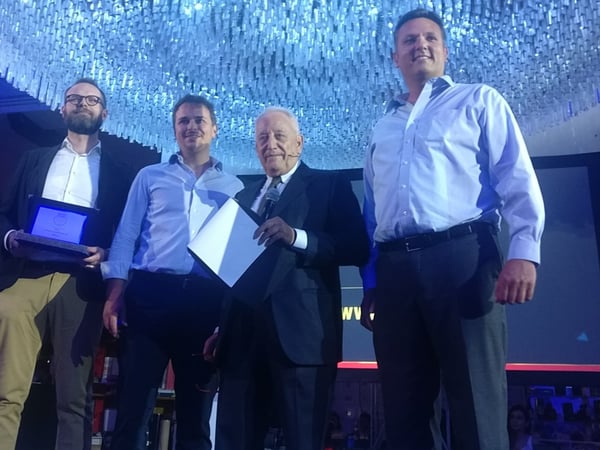