Taking Stock #34: On Amazon’s 25th birthday, 25 retailers that aren’t celebrating with us

Last month, the world experienced the hottest ever June on record. This month is the 25th anniversary of Amazon. Is this not a truly momentous year?

And so, to mark the Silver Jubilee of the retailer some people love and others love to hate, here are 25 retailers from the past. They are among the ranks of retailers who were less able to adjust to the changes we’ve seen over the last quarter-century. Some restructured or were acquired while some have gone for good. But whether their names still linger on or not, there will be no more birthday cake for them.

A controversial start to the list, as they’re still going strong. Or at least they were when this list was compiled. But according to some news reports, Barneys – New York’s retail superstar – could be facing bankruptcy.

When this retailer of baths and bathroom fittings went into administration, around 500 jobs were in jeopardy. But the fallout has also hit a network of 300 self-employed installers many of whom have been left severely out-of-pocket. Its future is still being figured out.

The video rental chain had more than 9,000 stores and 84,000 staff at its height. There remains one last outpost – a franchised store in the town of Bend, Oregon. 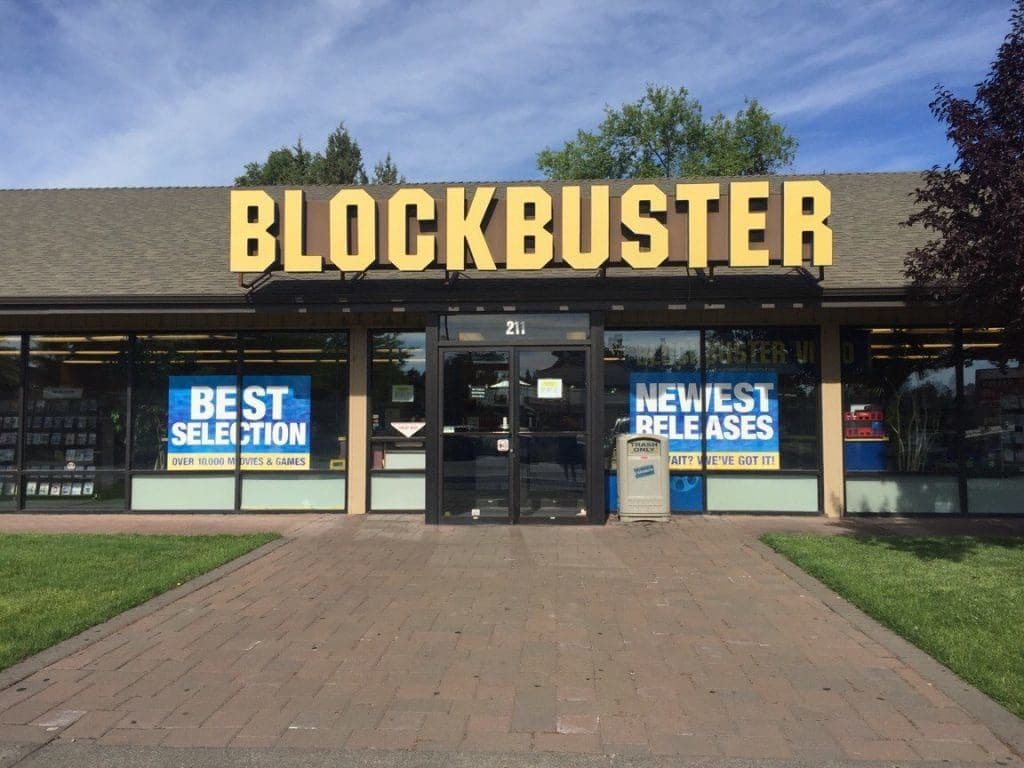 The first Borders bookstore opened in 1971. It grew to about 500 in the US and maybe another 100 or so worldwide.

Also known as BHS, this was a chain of fashion and homewares that was a feature of almost every UK town for decades. It collapsed in 2016, exposing a £571 million pension fund deficit. It had been sold in 2015 for £1. Yes, one pound.

It can trace its origins back to 1778, but in 2018 and again in 2019, it fell into administration. Plans for a takeover by Sports Direct came to nought and t’s currently owned by a collective of banks and other lenders. The future of its 165 stores is a topic of much discussion.

The name is still a feature of the women’s fashion scene. But this once glorious retailer with a history dating back to 1790, closed its high-end Regent Street store in 2006.

Do It All – this was a UK DIY chain. Maybe shoppers were doing it all in other DIY shops though. In 1998 it was snapped up by a rival chain (Focus DIY) which sadly collapsed in 2011.

Cycling is big in the UK. But that wasn’t enough to save Evans Cycles, which had 62 stores, from going into administration. It was bought out of administration by Sports Direct, which is run by the maverick businessman Mike Ashley who has an eye for a bargain.

Gaming is huge. But so much of it is streamed and downloaded that it’s been brick-and-mortal kombat on the high street. Gamestation got left behind as customers moved online and it disappeared from view in 2012.

Based in Germany, Gerry Weber International is to close 230 stores losing around 900 jobs. That includes all its UK stores, but not its UK-based wholesale operations or its third-party stockists.

Great Universal Stores is a story of transformation rather than collapse. The once-mighty mail-order retailer has a long history dating back to 1900. But it split its operations in two in 2006 – Experian, the successful and respected credit data business, and Home Retail Group which was bought by Sainsbury’s.

Hardy Amies, high-end tailor, designer and couturier went into administration in early 2019. Sir Hardy Amies was once the Queen's dressmaker.

Not quite gone and far from forgotten either, House of Fraser went into administration in mid-August 2018. There has been some wrangling over its CVA, who owes what to whom and so forth. But it has been bought up by Sports Direct.

Kays was a giant of the mail-order world. Well, it was in the UK. But a combination of tough trading conditions and changes of ownership have seen it become part of the Littlewoods retail group.

You might think that when the Duchess of Kent wears your clothes, a retailer would be able to fend off the turbulence affecting the sector. But LK Bennett, the upmarket fashion retailer, with almost 100 stores worldwide, proves that no one is safe. It was bought out of administration and a slimmed-down LK Bennett continues both online and off.

The high street booze retailer OddBins fell over twice – in 2011 and 2019. Maybe it was all the wine. But while some stores have closed, there are rumours that it might just make a comeback. One for the road? Cheers!

Stationery and office supplies are proving difficult to shift on the high street. Staples and Office Outlet have recently suffered a fate similar to that of Office World, which closed for business in 2006.

This designer fashion/homeware design business went into voluntary liquidation in2018. It only had a few stores and a website, but it had been a big hit best known for its vintage 70s prints. When it closed it had debts of around €8M and is now in the hands of administrators.

From a modest start selling cassette tapes, Our Price grew to be the UK’s second-largest music retailer. It floated on the stock market and was passed around a slew of different owners until in 2004 the music finally stopped.

It was the world’s largest retailer. It built what was once the world’s tallest skyscraper. Now its swansong is being played out in the US courts after it filed for Chapter 11 last year. 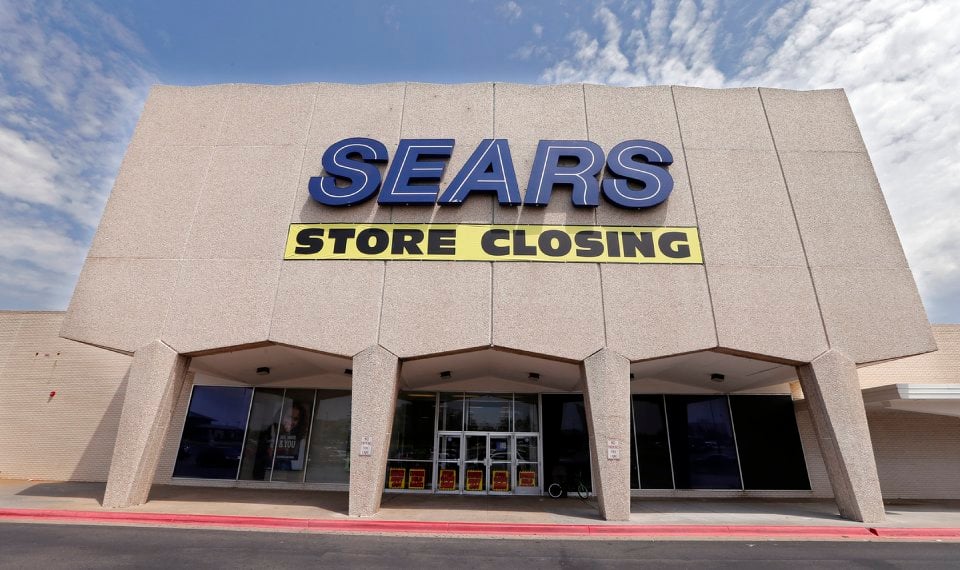 With 169 stores across the UK, this fashion retailer called in the administrators in May of this year. It’s the second time in around 12 months that’s happened to Select, leaving 1,800 jobs hanging in the balance.

The Italian womenswear brand Stefanel, went into administration in June. It had restructured its borrowings in 2017, but had struggled ever since. Its two UK stores are affected.

The 2017/18 Christmas and New Year period wasn’t big enough to stop Toys R Us, one of the most well-known toy retailers ever, from closing. It went into administration in February 2018 and most of its former sites are said to still be empty. Some have been demolished. But the brand may yet resurface in the US, so watch that space.

Originally part of FW Woolworth, this UK outpost of the retail group pulled the shutters down in 2008/9. It was one of those shops you visited when you’d looked everywhere else. It lacked an identity.

Should we lay the blame for all this change at Amazon’s door? No. That would be too simplistic – too binary. But there is a simple lesson here. The pace of change in retail, along with the scope and reach of that change, is like nothing the sector has experienced before. Loyalty still exists but it is now based around experience first and brand second for many shoppers. If you can’t adapt fast enough you could be in trouble. 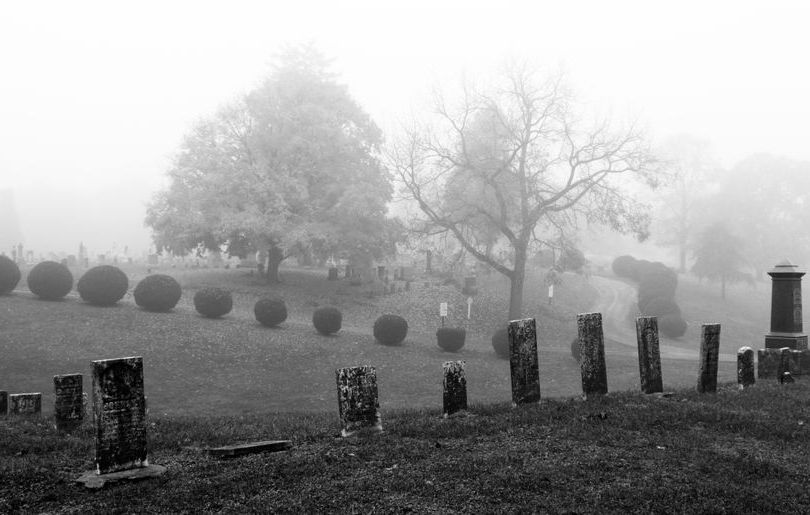