The saying goes: if the mountain does not come to Muhammad, then Muhammad will go to the mountain. The same, at least in Italy, does not seem to apply to the "sacred" couple of e-commerce: packages and recipients. If the packages do not arrive at home, the average Italian does not want to go looking for them elsewhere. However there’s elsewhere and elsewhere: one thing is to endure the inevitable post office queue and then discover that you have arrived a day early (has this ever happened to you?); another is to go to a locker conveniently located in the parking lot of the supermarket where you would have done shopping anyway, enter a code, catch the parcel and leave.

Amazon and Poste Italiane are trying to push Italians towards the parcels, but as long as the density of their lockers remains as low as it is today, it’s unlikely they will break into the conservative Italian hearts. More successful are click & collect initiatives, also in an embryonic state: the work for grocery (since not many supermarkets can offer fast or flexible deliveries, apart from EasyCoop, thanks to Milkman of course!), for cumbersome purchases (Decathlon and Ikea are doing good), probably would work also for electronics but the processes are still so primitive that, for some objects, it can happen that it takes more for the "collect" than for a regular shipping (personal experience). 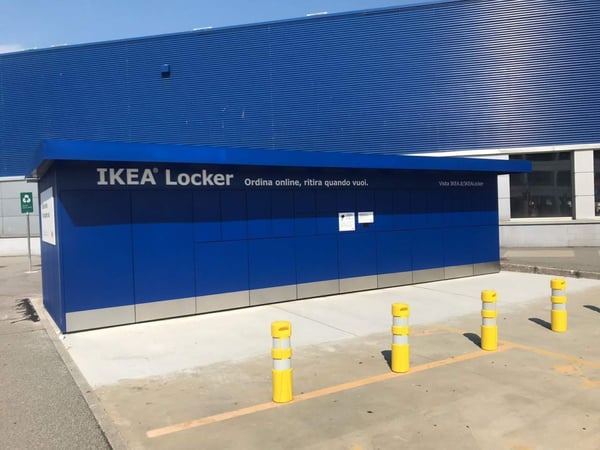 In the rest of Europe, particularly in France and the North, these solutions are more successful. Having reached an excellent level of functionality, locker manufacturers are already thinking about the next phase: the wow factor! That something extra that can make the experience not only comfortable but ... special. 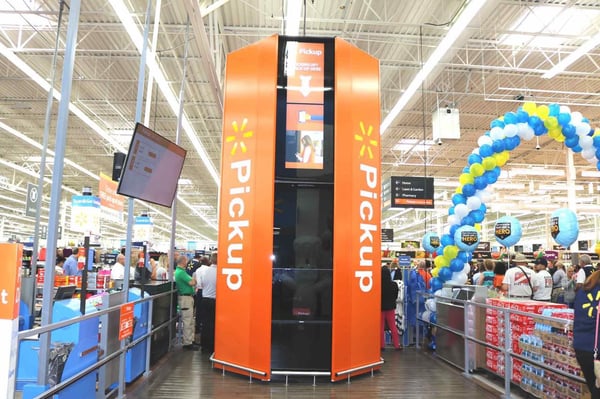 Let's consider the Estonian company Cleveron, whose giant self-service pick-up points are operational inside American Walmarts. A 402 model, the first in Germany, has just been installed in the Zara flagship store in Hamburg and there is no doubt: people will queue just to use it. Unlike the monstrous 401, who’s 5 meters high, the 402 is a modular system, able to "disappear" behind a wall, leaving only the futuristic collection point visible. Three meters high, this sci-fi locker can be 4 to 13 meters long and can hold 266 to 3600 purchases. Charge time for a single order by the salesman: 7 seconds, withdrawal time 10 seconds. The user is notified the moment the order enters 402 and can also use it as a return point. 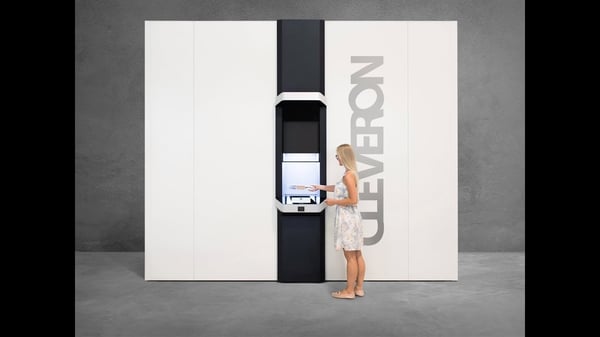 A few miles from Estonia, in Lithuania (it seems that the Balts particularly love the locker effect), the National Post Office decided to hire a well-known artist, Akvile Magicdust, to make their 150 lockers works to be admired. Not only paintings with pleasant rural scenes but also with an audio upgrade: hidden loudspeakers spread sounds of the forest or the sea in the gray urban environment. 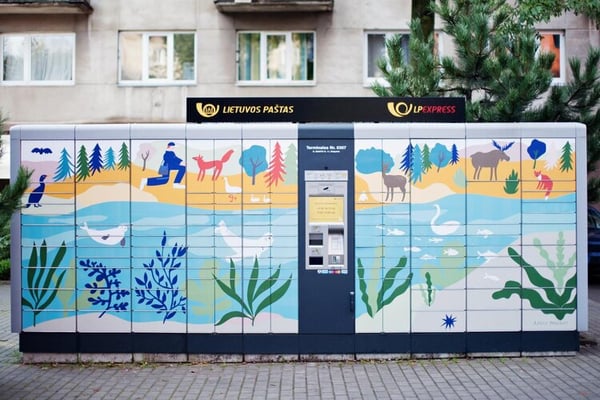 Meanwhile, DHL, who likes to do things big, has decided that the 4000 parcel lockers spread across the nation were not enough for the Germans (Poste Italiane aims to have 2500 for 2023) and has ordered another 3,000.

The benefits of this solution, especially in terms of energy savings, are undoubted. Doubts remain about the effective rendering of an option that must be widely available to be used, but the more it spreads, the more volumes it steals from the single nodes of the network: what is the balance point? Will real multi-courier solutions take hold (like this locker installed in Baden from A1).

Milkman is born and grows as a platform and courier for those home deliveries that, for the moment, represent more than 80% of the total, but we are always attentive to innovation and sustainability: the world belongs to everyone and we must all contribute to making it better.