The Future of Italian Malls: Bypassing the Apocalypse

The Mall. Someone loves it, someone hates it, but, eventually, we all end up there. Thinking about it, the first images summoned by our brain are crowds, noise and the task of finding what you want among an offering that’s always ridiculously bigger than our demand.

In the USA these images are a memory of better times. The ghost of an era whose apex has been Kevin Smith’s Mallrats (1995), a tribute to that generation of youngsters who switched the High Street for the Mall. In these Retail-Apocalypse times almost a quarter of American malls have been closed and those who survive do it by investing millions of dollars in experiences that transcend the mere selling of products (play areas, restaurants, gyms, etc.).

In Italy the situation is different: openings still outnumber closings, with 79 new projects expected before 2022. And yet revenue is going down, with peaks of 6.4% and an average 5%. Numbers that are not as good as those of our High Streets but still far from being apocalyptic. And the future spells a mildly optimistic growth. If you go on a Sunday afternoon to any Mall you’ll soon realize that the dear, old, alienating, "covered plaza" still works.

Has Italy been saved or, being chronically behind the rest of the western world, is it just waiting for its own Apocalypse? It appears to have been saved. Apparently the delay, for once, played in our favor. Having overcome (so to speak) the great crisis of 2008 and with e-Commerce 12 percentage points lower than in Great Britain (compared to the total Retail), we feel the need for change but without perceiving an impending catastrophe.

As Enrico Verga writes in Il sole 24 Ore: "Given the premises of a stagnation of the Italian economy in 2019 (and also 2020?) The big Malls that have more economic resources, important galleries, and have chosen valid positions will remain, while suffering and having to invest in upgrades (or staff cuts and related robot replacements). The small Malls that are in comfortably strategic areas, will hold up, but with difficulty. For others is oblivion in sight? Perhaps oblivion is a big word but cost reduction is an obligation and, if we want to observe American trends to reduce expenses, the way is: more robots, more automation, more digital, more big data, less personnel”. 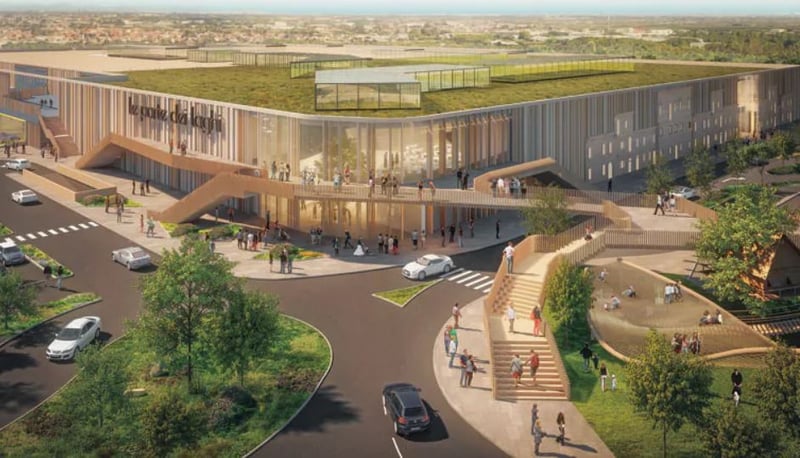 In the same article emerges a need to "renew" the Mall every 3-4 years. Very true. But how? The usual, unreliable, numbers tell us that Food and Clothing do not give up. And God forbid! We are Italians! The real need, generally speaking, is to reduce the spaces, make them more exclusive, match the supply of products with that of entertainment (but not cinema, which has the Netflix, Amazon and Disney + nooses around its neck). There is also the advent of a new category: services. A post office. The bank. The dentist.

An increasingly “mimetic” experience, therefore, which offers those added values that are prohibited to the Online world and work in rainy days, in the frost of winter and with ample and convenient parking. Nothing new, conceptually, but in the name of an increasingly “luxury” execution and less popular "wholesale".

In short, for once, being a province of the Empire has helped us. We saw the fire through our binoculars but the heat of the flames just grazed us.