Europe has clawed its way into the innovation spotlight by nurturing a generation of Startups able to withstand and often win comparison with their American counterparts. To the point that Europe (France, Great Britain and Germany in particular) has become a true hotspot for the first and last-mile revolution.

Our survey starts with some Startups that occupy the same-day and on-demand scenario, both B2B and B2C.

A necessary foreword: the panorama is too big to be contained in a single post or even a series of posts. We’ll bring to your attention some companies that have, for very different reasons, recently attracted our attention and that of the press and investors. Feel free to contact and ask to be included in the list and get in touch if we got something wrong!

Paris: Cubyn, pickup, packaging and shipping for small-to-medium eCommerce platforms. They fill a sorely felt hole in the middle-mile: a lot of shops don’t have the kind of leverage it takes to obtain good tariffs from couriers. There Cubyn steps in: they collect your items, professionally package them and then ship with the most appropriate courier. Their API goes with most eCommerce platforms. 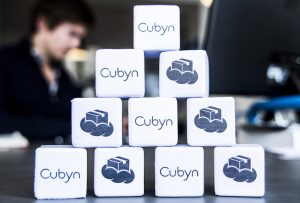 Paris/Lyon/Barcelona/London: Stuart has been acquired by Geopost a few days ago, for an undisclosed amount. Geopost already funded Stuart, at the very beginning, with €22 million, so it’s safe to say that deal has been an in-house affair.Stuart offers on-demand deliveries in less than an hour and presents itself as a mainly B2C operator, providing an API for integration with eCommerces and a fleet of crowdsourced drivers, who use bicycles, mopeds and cars. Drivers pickup and deliver, with no packaging offered. The startup is active behind the curtains too, providing pickup and delivery among retailers and other operators that deal in interregional or international deliveries. They have a web and mobile app for those small and medium enterprises who don’t want or need an integration.

110 cities in Germany: tiramizoo delivery has completed a funding round led by Shell Technology Ventures and Daimler. tiramizoo does scheduled same-day in-city deliveries for DPD, Mediaworld (only for selected high-end electronic products) and six other retailers; delivers spare parts for Mercedes and offers returns for Zalando (only in Berlin). The service, as they write on their website, is: “particularly suitable for national chain stores wishing to ship goods, flexibly and safely, from a local outlet or suburban warehouse to local customers”. It also serves local retailers, even without an eCommerce: connecting them with a web platform, picking items and delivering. Their Saas service comes with a “courier” app, a “driver” app and an online shop checkout’s integration. They use both established couriers and independent drivers (with transport license).

About 60 cities in Germany/Austria: Liefery. Hermes’ majority owned startup promises 90 minutes in-city deliveries for retailers, using a fleet composed by a 10% of Liefery drivers and a 90% of couriers and crowdsourced independents. Among its clients there are Amazon.de and Zalando. On paper it looks like tiramizoo’s most direct competitor. 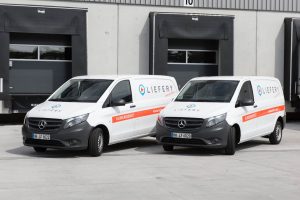 Vienna/Berlin: Byrd. Following the footsteps of San Francisco's Shyp, this Startup has a mobile app for the individual, who can schedule pickup, have his item packaged and then shipped at the best available rate. You just have to send a photo of it. Byrd serves retailers too, mainly small to medium sized. It offers an open API, integrations for platforms like eBay, Magento and Shopy, customized packaging, customer care and batch fulfillment. Their website doesn’t sport claims about same-day or scheduled deliveries but they might get there eventually. They still are the runt of the litter: born in 2016 and operational with about half a million euros of total funding.

London: Zigzag Global was born in 2015 and received, as reported on Crunchbase, about $428.000. It’s the only one in this list who deals only in returns. It provides a suite of tech tools that integrate with the returns page of eCommerce websites. Their software decides where it’s best to send the return, including a proprietary warehouse from where they can redirect it to the place where it has the highest propensity to sell or send back via the most cost-effective route. There’s even the option of listing returned items on over 20 global marketplaces in 8 different languages until sold, on a revenue share basis. 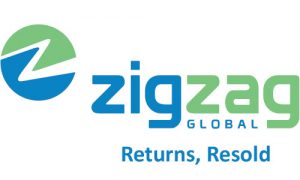 Spain: Paack offers 2-hour deliveries or same-day with time-window deliveries for Brands who want to try beating Amazon Prime Now at its own game. Fnac, El Corte Inglés and Decathlon are among those who have given it a try. Their shipping API integrates in the eCommerces checkouts and calls a fleet of drivers, called paackers, who answer in crowdsourced fashion (but are legit transporters, with all the necessary permits and licenses). 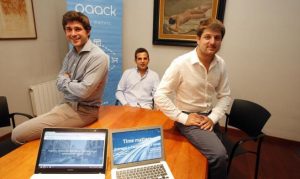 Netherlands: uCella has created a smart mailbox, capable of accomodating big parcels (with an innovative "transformer" design) with wi-fi connection and a mobile app integration. The app lets you track all the on-going packages, provides shipment status updates and notifies when a delivery is made. It also lets you issue a pickup request for pre-labeled return packages. 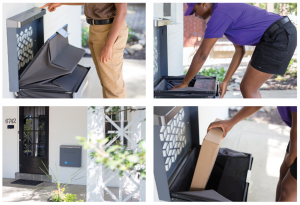