Delivery in the eCommerce World

E-commerce no longer means waiting on packages for 5 days or longer. Instead, it’s all about now. Legacy delivery companies such as DHL, FedEx, UPS and postal services are investing heavily in facilities and technology to speed delivery times to address the need for now. Not only is speed a competitive advantage but it’s also quickly becoming a norm and reducing the costs associated with last mile delivery is a must. As a percentage of total cost of shipping, last mile equates anywhere from 20% to 35% depending on the data source.

Even the vehicles themselves are undergoing a makeover. No longer the traditional vans, trucks and bicycles. Think drones, electric, autonomous and robots – all designed to either provide a more sustainable delivery, to address potential labor shortages and/or speed the delivery process.

Recent examples of what is going on in the vehicle transformation space is below with special emphasis on the U.S. market.

Here in the U.S., drone testing for last mile deliveries has been slower than other countries such as China and Australia. But, it seems, we are finally in the beginning stages of test deliveries. As noted in a recent Freightwaves article I penned, the first drone delivery company to gain air carrier certification from the FAA is Google’s Wing Aviation. Limited in scope, customers use an app to select what they want delivered. This, in turn, will set the drone in motion. The aircraft will leave the nest, a staging area within a six-mile radius of deliveries, and then will hover about 20 feet and lower the package on a hook for final delivery.

Meanwhile, Amazon announced a redesigned drone that is fully electric and can fly up to 15 miles and deliver packages under five pounds to customers in less than 30 minutes. According to an Amazon executive, "And, with the help of our world-class fulfillment and delivery network, we expect to scale Prime Air both quickly and efficiently, delivering packages via drone to customers within months.” 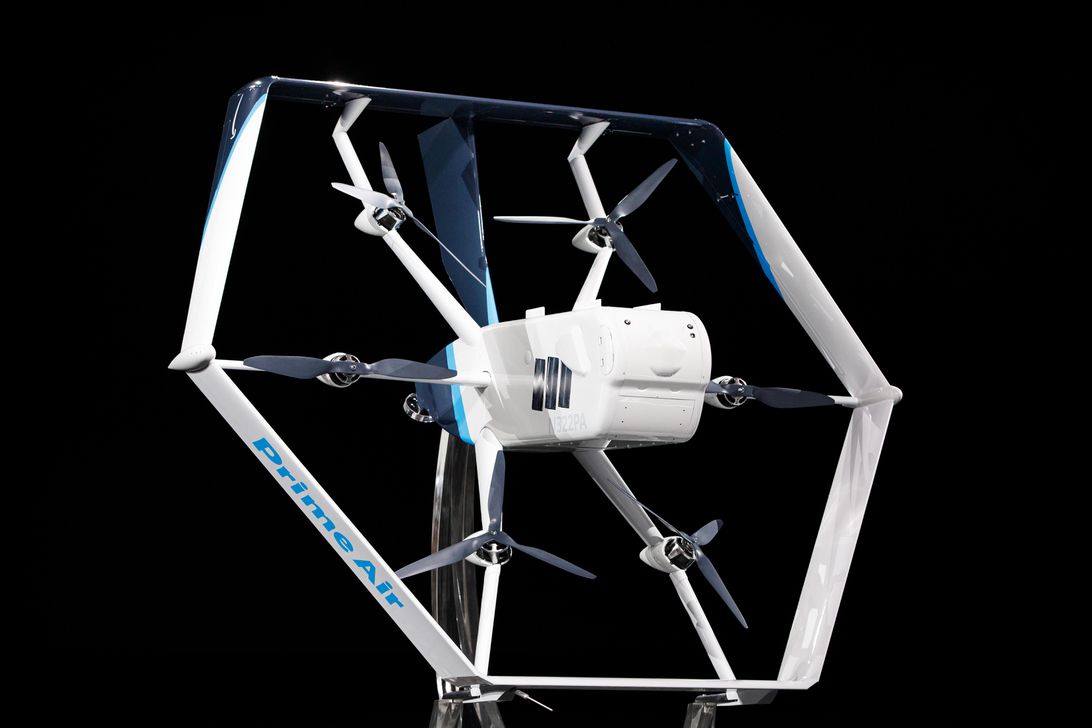 In Canada, Drone Delivery Canada (DDC) signed a commercial agreement with Air Canada. Depending on the terms of the Agreement and subject to regulatory approvals, DDC will build and operate up to 150,000 drone delivery routes in Canada. The routes will include timetables, flight schedules, payload capacities, type of drones to be deployed, and payment terms. As part of the agreement, DDC’s services will be marketed as a premium offering, and Air Canada Cargo has agreed that it shall not use or engage with any other drone delivery service providers.

Many companies are involved in testing and implementing electric and autonomous vehicles. FedEx, for example, has been using electric vehicles for 10 years and has ordered 1,000 Chanje electric vans from China to be used in California beginning later this year. For larger vehicles, FedEx has reserved 20 of the Tesla tractor-trailers.

Boxbot is one of the new entrants into this autonomous market. Its strategy addresses both warehouse and delivery technology. Boxbot’s network includes automated local warehouses for receiving goods from merchants. The cargo is loaded onto conventional delivery trucks or self-driving electric vehicles depending on the complexity of the delivery. Delivery vans include parcel lockers in the side for storing orders separately. The system sends customers a text message with a code when the van arrives. They use the code to open the parcel locker containing their order. Returns work similarly. Boxbot recently announced a partnership with regional small-parcel provider, OnTrac, to test self-driving parcel delivery in California.

Instead of the last mile, Gatik AI focuses on the middle mile and moves goods between businesses using autonomous light-commercial trucks and vans. The vehicles are able to drive up to 200 miles a day and stay within a city environment. Walmart has recently signed up as a customer.

In fact, Walmart has been active in this space have partnered with Waymo who transported customers to their nearby Walmart store for grocery pickup when the order is ready. Also, Walmart signed a deal earlier this year with Udelv to test the use of autonomous vans to deliver online grocery orders to customers. Under the agreement, Udelv will provide its second-generation autonomous delivery van, called the Newton, to Walmart to deliver groceries in Surprise, Arizona.

Yes, the robots are coming and they’re knocking on your door. A number of tests are underway. Perhaps one of the creepiest but interesting ones is that of a headless robot named Digit, from Agility Robotics and Ford Motor Company. Ford is partnering with Walmart, Postmates and Agility to perfect the robot’s ability to make final-mile deliveries. A great video showing its capabilities can be found here.

Earlier this year, FedEx introduced its FedEx SameDay Bot. With the bot, retailers will be able to accept orders from nearby customers and deliver them by bot directly to customers’ homes or businesses the same day. FedEx is collaborating with companies such as AutoZone, Lowe’s, Pizza Hut, Target, Walgreens and Walmart to help assess retailers’ autonomous delivery needs. According to the press release, on average, more than 60% of merchants’ customers live within three miles of a store location, demonstrating the opportunity for on-demand, hyper-local delivery.

As the last mile evolves, it will definitely look different. No more waiting on the traditional UPS package car, the USPS van or FedEx delivery truck. Instead, your package may be delivered by drone, robot or a self-driving vehicle of some kind. It’s all so exciting and is all based on customer needs and expectations.