Taking Stock #33: Deliveries on wheels: At last, an idea that makes sense

What makes a good idea a great idea? This is one of those questions that crops up fairly regularly on platforms like LinkedIn, where business gurus who seem to spend more time being gurus than doing any business hang out. It’s a highly subjective thing, of course; we don’t all see greatness in the same way. So it helps to be clear about what you mean by ‘a great idea’ first.

Obviously, it has to scale so that lots of people can buy it without the cost of production crippling you. And it needs to be priced competitively – either so cheap that everyone wants one, or so expensive that everyone wants one. But the way I see things, a good idea only becomes a great idea if it can solve a problem. A real problem that real people (or organizations) face regularly.

This is at the heart of why I have often been quite scathing about the use of drones in the delivery sector. I don’t believe they’re actually solving a real problem. Attaching your next takeaway meal to a quadcopter, or stowing it inside a road-bot, is not the only way you’re going to eat tonight. You could visit the takeaway restaurant and collect your food in person. Or you could let them deliver it via car, scooter or cycle. The point is, that problem has been solved. Investing in tech isn’t likely to offer enormous cost savings to the takeaway business, either. So the problem of margin enhancement isn’t really being solved either.

Over in la belle France we might be about to witness the future for drones in delivery. The convenience store brand Franprix, part of the Casino group, is running a trial in Paris involving road-bots and it looks to me like a great idea.

A French tech firm called TwinswHeel has developed a robot with a large storage chest mounted between two great big wheels. It’s called the TH03, or Fast Courier. Sounds similar to other road-using robots you may have read about, right? But it’s the way the TH03 is being used that I think marks it out for greatness.

“The machine is not entirely autonomous, but it is better for the moment,” says a statement on the TwinswHeel website. I couldn’t agree more.

Wheeled workers of the world unite!

France was once described to me as Europe’s last communist country. It’s a bureaucrat's dream; there are rules and regulations for everything. If you’ve ever thought the French seemed like they don’t care about rules, you’d be wrong. The truth is they love rules so much that they always know just how much they can get away with in any situation before breaking any of them.

The TH03 is not allowed to roam the streets alone. So it’s being used as a robotic aid to help people – not as a replacement for them. It’s motorised, semi-autonomous shopping trolley that will patiently follow you around the store, free of charge, holding the items you’re buying. Then when you’ve paid it will follow you all the way home, carrying your shopping for you. 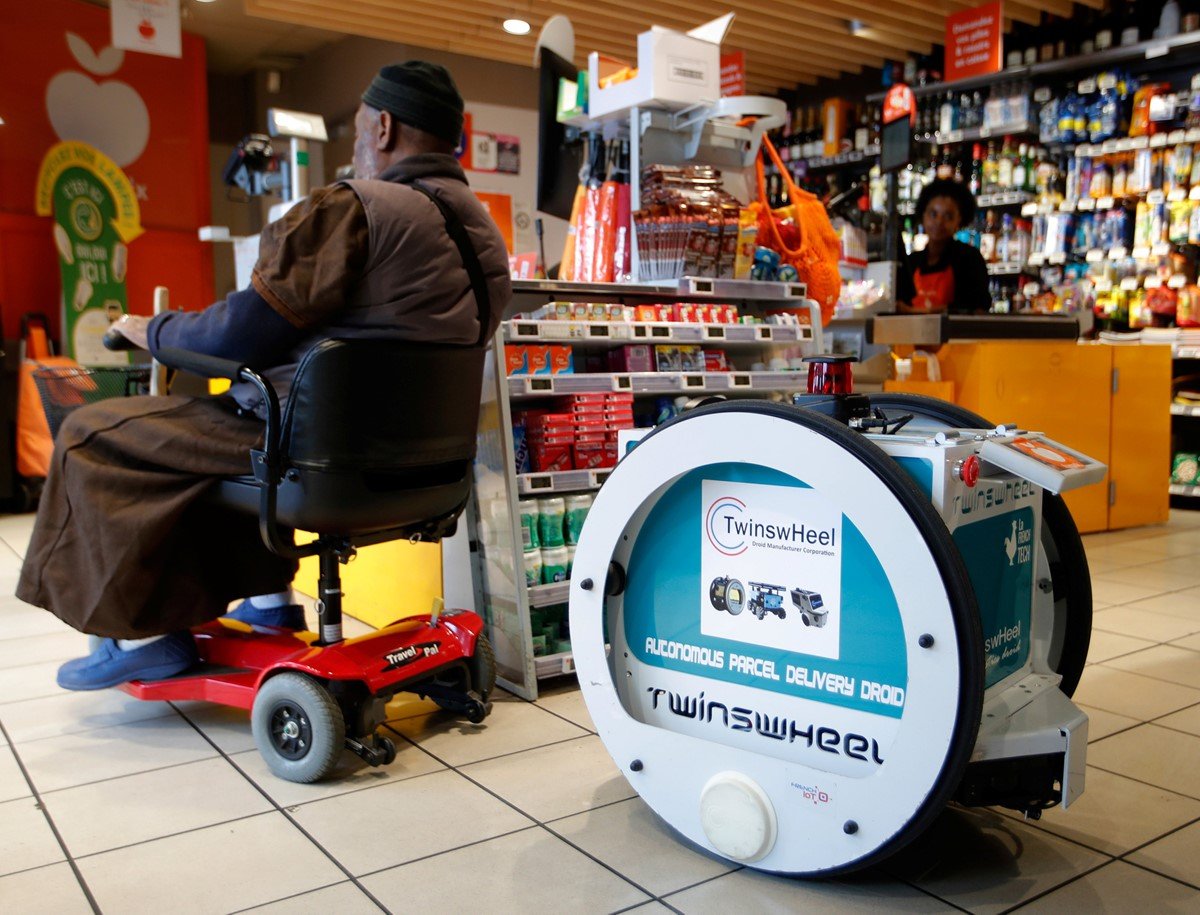 For anyone with restricted mobility – people with disabilities, the elderly, and so on – this has the potential to be life-changing. And that’s why I think this wheeled bot is such a good idea when I’ve been so harsh about similar drones in the past. It’s more than a neat idea, it’s the application of technology and creative thinking to improving people’s quality of life.

There is a wider question of whether there is a sustainable market for things like the TH03, of course. But I believe the chances of success for a delivery bot that makes deliveries and helps to make the simple act of shopping more accessible are pretty good. Especially as accessibility is still a huge issue and many businesses are only starting to address it.

A great idea? Yes, I think so. Is it perfect? No. But nothing is perfect. However, it passes the problem-solving test, as far as I’m concerned.