Taking Stock #36: Could the failure of self-driving cars be just what the delivery world needs?

Last month a ground-breaking event took place in southwestern Spain. But there’s every chance you didn’t hear about it. It was the world's first purely self-driving car race – part of the Roborace event series.

Two teams raced autonomous cars against each other in an eight-lap race in which the cars hit speeds of 320kh/m but there was no unexpected overtaking. If it can get past, one car’s software notifies the other to move over… which it politely does. It’s all very civilised and it’s a long way from the sound and fury of Formula 1, with its global audience of almost 1.5 billion people. Around 22,000 have viewed the latest Roborace video on YouTube – you can see it here. 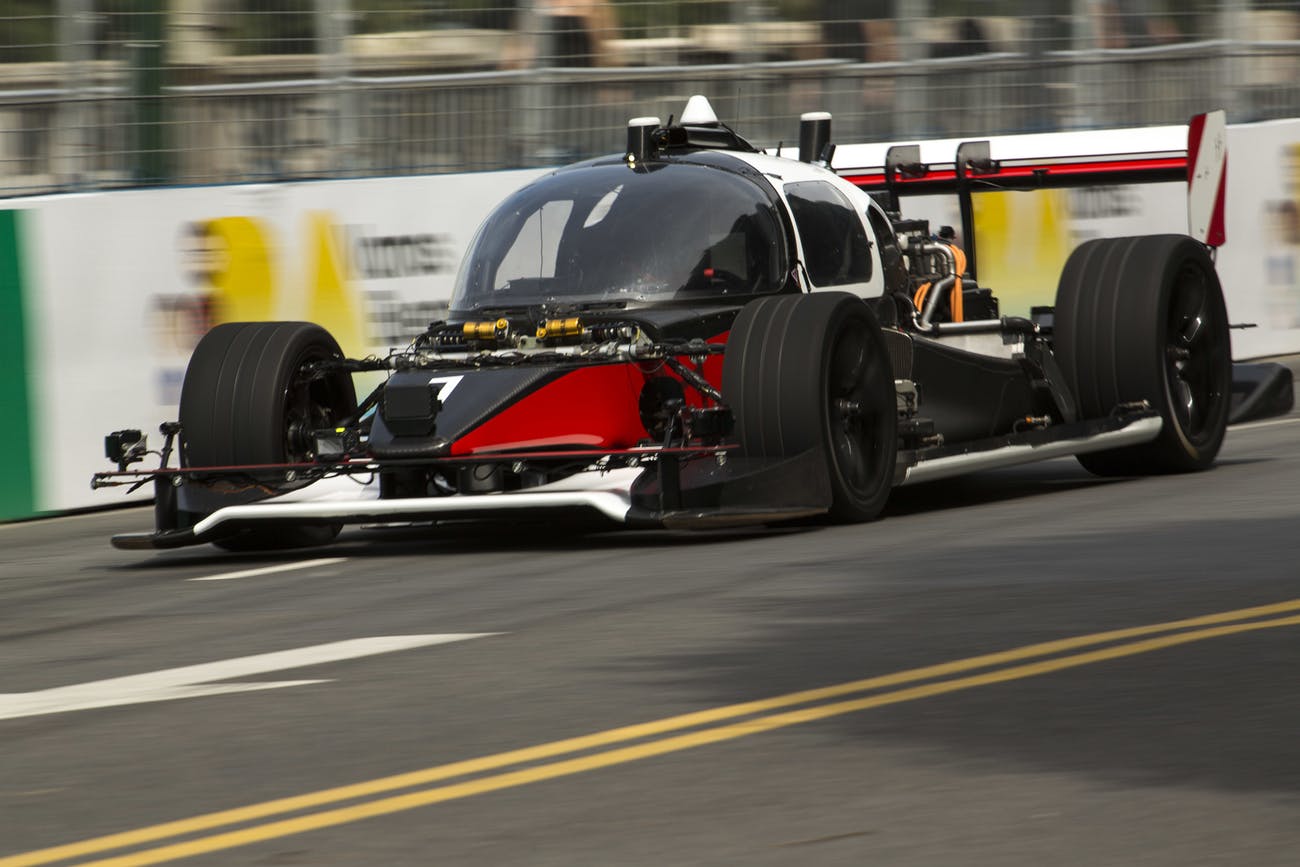 It’s undeniably impressive. You might even say cool. Up to a point.

Now, I know that Roborace is not trying to go head-to-head with F1 and that it is as much about showcasing developments and encouraging innovators to keep making improvements.

But while past generations of children grew up dreaming of becoming a racing driver, do we really ever think “I want to be the person not driving the self-driving racing car” will be the stuff of youngsters’ dreams?

(* If you’re wondering what ‘I should coco’ means, this definition on Urban Dictionary is pretty accurate.)

Time to park your self-driving dreams

For several years the hype around self-driving cars has been hard to avoid. But now the wheels are starting to come off. Surveys carried out by JD Power have found that the general public reckon it’ll be at least another decade before autonomous cars are a viable option, while executives in the tech and auto sectors think it could be at least 12 years.

The head of Volkswagen’s commercial vehicle division is even more downbeat. According to Thomas Sedran, fully-autonomous vehicles “will never happen globally.”

Cost is one reason; the cost of tech in some of the most-advanced partially autonomous cars currently available is around €50,000.

There are other factors, too. Such as infrastructure and pedestrian behaviour. Picture the scene… Somewhere in the future, self-driving cars flow effortlessly through a busy city at rush hour. They move in perfect harmony with one another and are in tune with traffic signals and road directions. Until a human being in a hurry to get from one side of the street to the other decides to rush across, darting through gaps in the traffic. Now picture the ensuing chaos as all those collision-avoidance sensors do their thing, desperate not to hit the pedestrian.

The second mouse gets the cheese

Anyone banking on a future of mass-market autonomous cars risks being very disappointed. But that doesn’t mean the technology shouldn’t be taken very seriously. Far from it. You don’t always need to be first-to-market to reap the rewards. The first mouse springs the trap and gets its neck broken. The second mouse to arrive gets a free lunch and gets to keep their head.

Maybe the delivery sector is about to have its second mouse opportunity.

There is an appetite, no pun intended, for the use of autonomous delivery in the food sector. From groceries to takeaway meals, there are lots of projects and trials taking place. 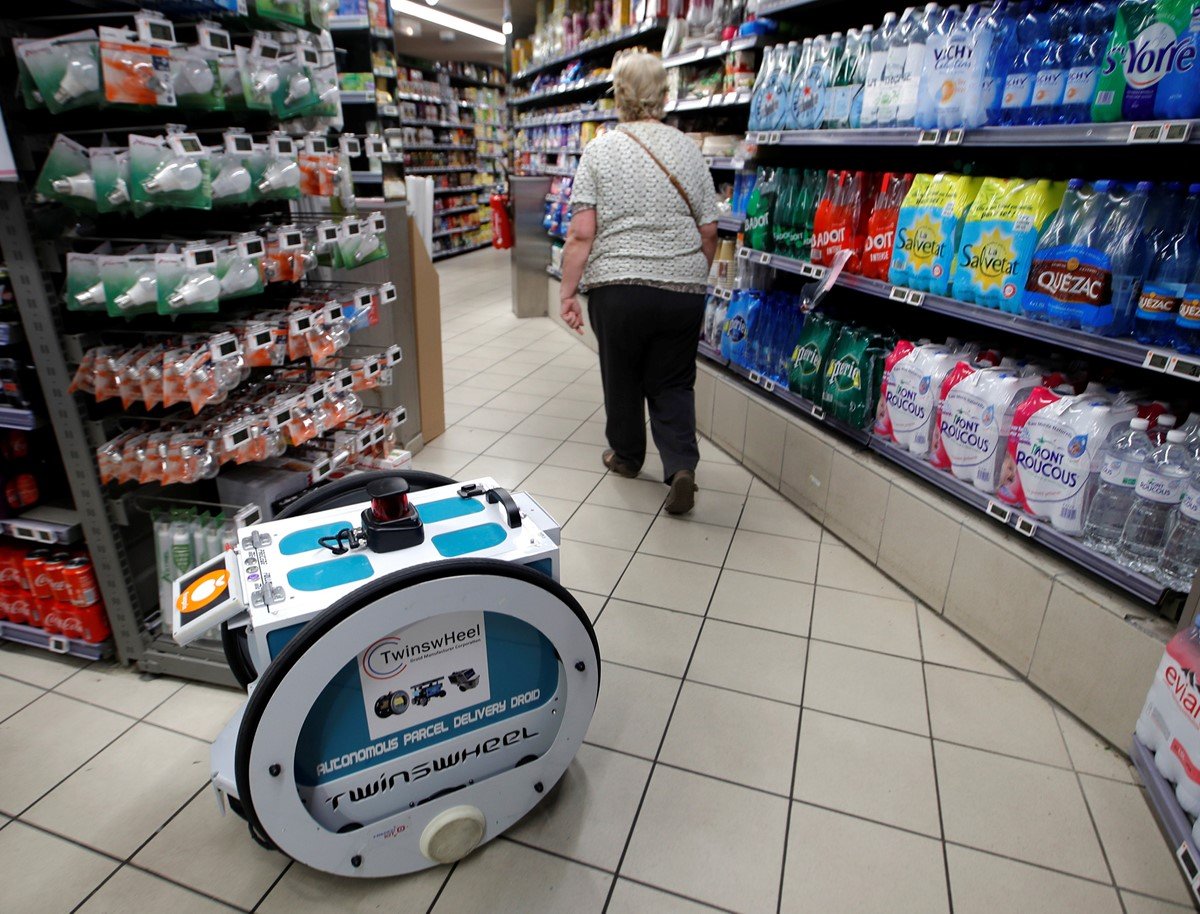 As I wrote here back in April: “Over in la belle France we might be about to witness the future for drones in delivery. The convenience store brand Franprix, part of the Casino group, is running a trial in Paris involving road-bots and it looks to me like a great idea.”

That’s just one example. In the US, Walmart is trialling a self-driving delivery vehicle, and Postmates has unveiled the bizarre-looking Serve which will hit the streets of Los Angeles later this year.

I could be completely wrong, of course, but I think the market for small, relatively slow, autonomous delivery vehicles is more likely to come to fruition than we are to see mass-adoption of self-driving cars. Cost will still be an issue in the short-term, of course. But there will be opportunities for multi-year leasing programmes that will take the heat out of the investment and make it possible to spread the cost. And the numbers might just work in this sector too. 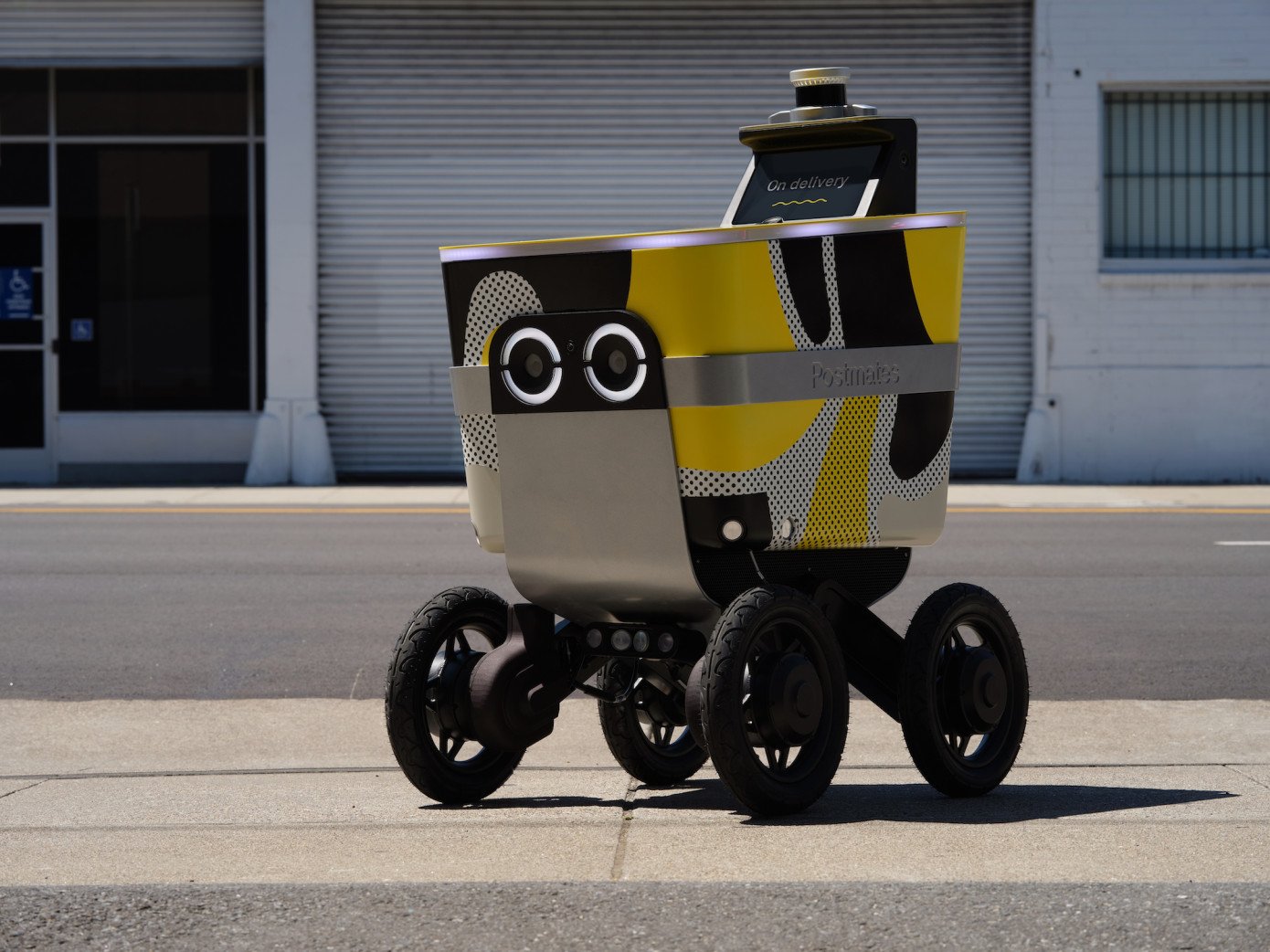 Eating food is, after all, really popular. Literally billions of people do it several times a day and there are restaurants all over the developed world sitting empty night after night while their kitchen staff work flat-out to keep fulfilling takeaway orders, delivered by bike and moped.

If I’m right, there will be a need for better, more accurate/reliable/sophisticated tech on board the self-driving delivery vehicle of the future – to cope with traffic, people, lampposts, dogs… you name it. Where will it come from if not the very same people and businesses currently working hard trying to solve the self-driving car conundrum?