The Guardian published a truly illuminating complaint, made by a private citizen about his excruciating saga of missed home deliveries:

“The problem started because our letterbox is in our back door. Royal Mail and some couriers know this, but unfortunately Yodel could only be bothered stuffing its card in a cellar vent under our front door. It stuck two cards in before we even realised they were there.

I rearranged the delivery, but we were out again and were rewarded with another card in the vent. At no point did it occur to the driver that there wasn’t a letterbox in this door and that we might struggle to get other post in there. Yodel’s phone line is useless as it only allows you to book another delivery.

As we have had “three valid attempts” to deliver (though I don’t consider any of them valid as it failed to find the letterbox) it now wants me to collect the parcel myself. What is most frustrating is that I’ve complained on Twitter and all that has achieved is a long chain of direct messages, where someone promises they will deliver the next day, but then I hear nothing more for a couple of days. My Amazon account shows the status of my order as having been delivered, but there isn’t even an option to tell it that it hasn’t shown up”.

As we wrote time and time again on this blog traditional couriers have been slow to adapt to the needs of eCommerce B2C, a sector in which delivery is pretty much one thing with the overall shopping experience. So much that the lack of a discernible pattern of communication with customers is not just bad for couriers but catastrophic for the Retailers that entrust them with their last-mile deliveries. 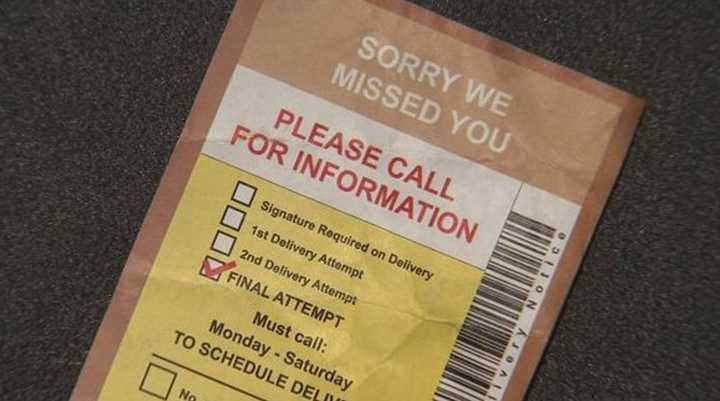 “It now wants me to collect the parcel myself” is another way to say: “I’ll never buy from this site again” (except this time it’s Amazon and no-one truly walks away from it). The fact that more and more small-to-medium Retailers would work with Startups and other young 3PLs rather than refer to the almighty dinosaurs of yore comes then as no surprise.

A pattern of communication isn’t just about a good customer service (answering the phone, mail, social messaging with real useful info, no empty promises and intelligible instructions): it’s about not getting to the point in which the Customer feels the need for direct contact.

To do that you need to nurture your relation with the Customers by letting them become an active part of the delivery experience.

Forget old-fashioned tracking. No one needs to know that their parcel has left some obscure warehouse during the night. It makes them “feel” the progression but doesn’t really convey any useful information: they’ll still be out of the house when the time comes, because they have no clue about when you’ll actually arrive at their door.

In Milkman’s experience working with dates and time-windows selected by the Customers has proven to be the best starting point for a successful communication. We noticed that they might still harbour doubts about our ability to respect the given promise, so we added ETA updates throughout delivery day and the possibility to freely reschedule up to the last minute (because it’s always better to cancel a delivery than to search for an empty apartment, losing time and money).

This pattern sees phones and social medias as a last line of action, that almost never occurs. Because informed Customers have only one need: to comfortably wait for the parcels of whose voyage they are in control.