For a split second, seeing the Amazon airship flying over the buildings and releasing a flock of drones, we thought it was true. We fell for it because we’re getting used to expect everything from Amazon. We also know how important seemed to be, for Jeff Bezos, the dream of drone deliveries. So much that he promised them for 2018. Failing that goal must not have pleased him. Or maybe the strategy was intended to railroad the competition into burning millions to launch research on flying deliveries, only to discover that if they ever become feasible, it will take years for technology, laws and urban architecture to find the right alignment. 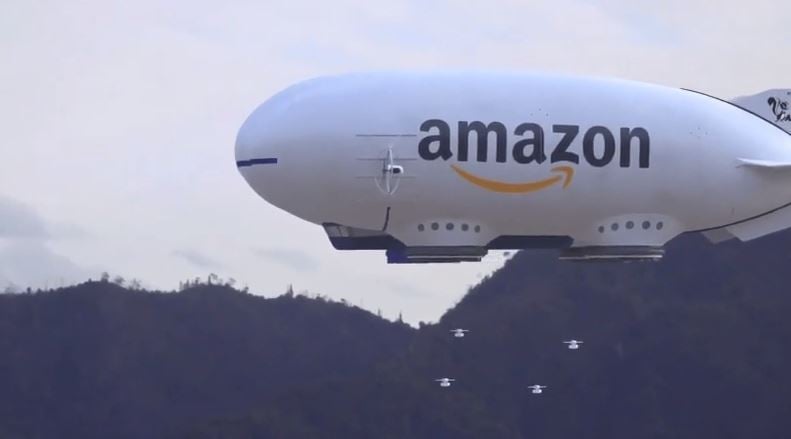 In the meantime, terrestrial drones, now more popular than their flying cousins, made their debut. Of course, Amazon already has one: Scout. It is clear, however, that robots will not solve the last-mile problem. If anything, they will be useful to cover some low-density urban areas, rural and B2B routes and "controlled" ecosystems where these vehicles aren’t a danger instead of being an asset.

Blowing away the smoke that blinded us for years when we thought about Amazon, it's easy to see how its goals, today, are somewhere else: first of all, to become a self-sufficient logistics operator. It won’t happen for a few years but maybe, in a decade or so, the marketplace will be able to move most of its products, both in the first and last-mile.

It is not just a matter of saving several billion dollars a year but also of exercising greater control over the options offered to the consumer. Having already won the speed race: one day with Prime, one or two hours with Prime Now, now the giant needs to differentiate. And the initiatives are not lacking.

Recently, in Italy, it has launched delivery by appointment in some cities for heavy orders: appliances and furniture. The delivery cost of Amazon Pantry has dropped to € 4.99 regardless of quantity, as long as the order is over € 15. The Amazon Delivery Service Partners program, in the USA, has recruited thousands of new "couriers" within a few months, offering leased vehicles and various bureaucratic and economic support. Also, in the USA, the company is looking for smaller storage spaces closer to the city, to better serve fast orders and expand the portfolio of Zip codes admissible for Prime Now deliveries.

All this, taking also into consideration the counter-trend that sees stores recovering against eCommerce, seems to point to a desire of getting closer, physically and emotionally, to the end user. Here, however, Amazon could be, for the first time, faced with the paradox of its own bulk: it can put a face on deliveries, make them more efficient and flexible, show off free returns and the ability to pay only the items that you want to keep after having them tried, but the invasion of unmonitored third-party vendors on its platform is making the marketplace increasingly unreliable, dispersive, illegible.

The drone-carrying airship remains, luckily and for now, only the dystopian nightmare of a Japanese digital animator (inspired by a real 2016 patent).