A Piece of the Pie: Amazon Franchises its Logistics

Thousands of lockers ready to grow like fungi all over Europe and the U.S.A., a gig-economy enterprise called Flex, pick-up points at every Whole Food, a bunch of cargo planes bought and logoed, drones that keep being mentioned but whose reality is more of a never-ending marketing stunt than an immediate concern, a sea shipping license signed in China, hubs and more hubs: you’d have to be deaf and blind not to see that the Amazon Retail strategy is almost entirely focused around the last-mile of deliveries. I’d do that too if I had $20 billion of yearly shipping losses.

And now here’s a plan to franchise deliveries, facilitating the birth of a myriad delivery startups running on Amazon vans and delivering only Amazon parcels. The promise: get rolling with as little as $10,000 in startup capital and earn up to $300,000 in annual profit based on a fleet of 40 delivery vehicles. It’s unclear how would you go from one to forty vehicles. Not with $10.000. But that’s not really the point. The point is that a piece of Amazon Logistics it’s yours if you want/can afford it and that could be most significant coup de théâtre played by Mr. Bezos after the W.F. acquisition. A game changer? 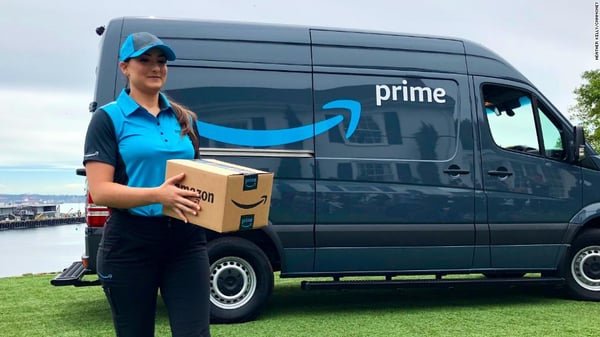 “Amazon Logistics is now a franchise business, just like KFC. As with everything Jeff does, Amazon is the winner”: writes our friend and columnist Sean Fleming, author of Taking Stock. “Franchising is big business and has been for decades. From coffee shops to well-known fast food brands everyone’s at it. Now Amazon Logistics, too. I think this could be really appealing to people who are self-employed delivery workers, as it’s a chance to build something of your own, make a little more money, and have a bit more control over your business. But before parting with $10k, you might want some assurances about how many franchises will be granted in your area. You might also want to know how much business Amazon will guarantee to put your way and whether you’ll be competing with their own non-franchised delivery service. You may have to kiss goodbye to whatever income you’re currently getting from non-Amazon work, and never forget this is Amazon – when the day comes that this model stops being of use they will kill it off. There’s a lot of pros and cons to this. But it’s certainly an interesting development, and one that might help to add a welcome veneer of professionalism to the courier sector.”

“Interesting news isn't it?”: echoes Logistics Trends & Insights’ Founder Cathy Robertson. “For here in the US, shipping choices are usually either FedEx or UPS. There are regional small parcel providers and they're great to use but UPS and FedEx have a nationwide presence. Combined, these two companies have over 80% of the market share when it comes to small package last mile delivery. USPS has about maybe 10%-12% share so with Amazon moving further into this space, it could provide shippers with another option for shipping and hopefully help drive shipping prices down. The network could easily expand nationwide. I imagine they'll grow/connect it into Canada and Mexico and then link it between regions - Europe, Asia, ME etc. They're going after UPS and FedEx and then DHL. It used to be that UPS, FedEx, DHL and TNT were the leading global integrators but with TNT being snapped up by FedEx, there's an opening and I believe Amazon plans to take it.”

Basically, Amazon is selling a business that starts with network and numbers already in place, it looks like a win-win. 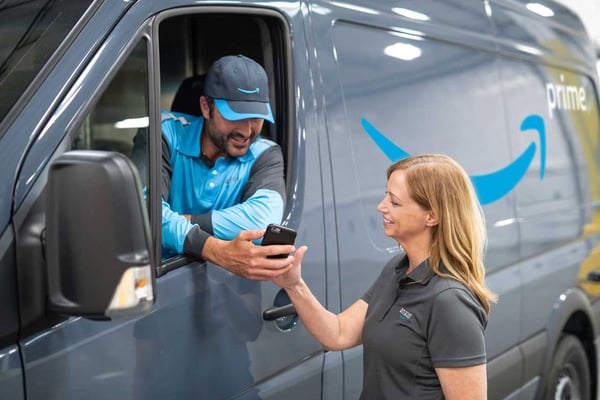 “I believe so”: confirms Robertson. “One of their last mile partners has already been delivering in my area. It used to be Lasership, a regional small parcel provider however, for the past few months it's a company based out of Memphis, Jar Transportation which has been around since 2016. Much more professional and we don't have to look for packages now (used to be the packages would be tossed in the yard somewhere!).”

Marek Różycki, Managing Partner at Last Mile experts, writes: “Great idea but not so new, Delivery Service Provider’s have been working successfully at Amazon Logistics Europe for several years now. This will be complemented by Amazon Flex and be an unbeatable combination in the US which is generally behind (Western) Europe on B2C delivery. The key question remains as to how far and how fast this will compete with the US carriers/USPS and how they will react. Interesting times head in the US last mile!”

“While this initiative relates to Amazon in the USA right now, it's a concept that can be implemented anywhere Amazon needs extra capacity”: says Ian Kerr, founder and host of the Postal Hub Podcast. “We've seen previously that Amazon trials a service in one region/country, refines it, then expands it into other markets.”

Interesting times indeed. It’s like watching a huge puzzle being built, piece by piece. Sometimes, though, I get impression they want us to concentrate too much on guessing what the big picture will be and forget that every single tile is a world of possibilities in itself.