The success of French startup and sector's leader Cubyn is shining a light on that seldom discussed area that deals with the collection, packaging and shipment of items sold by small and medium sized eCommerces. It’s a weird, interesting ecosystem, who goes on by its own rule-set.

If you’re a small eCommerce, or a physical shop who does eCommerce on the side, sending packages to your clients can be economically grueling and extremely time-consuming. That’s because couriers make you pay more the less your parcel traffic is, they never offer packaging services and rarely come up with specific self-service products or suites, so much needed by medium to small realities. 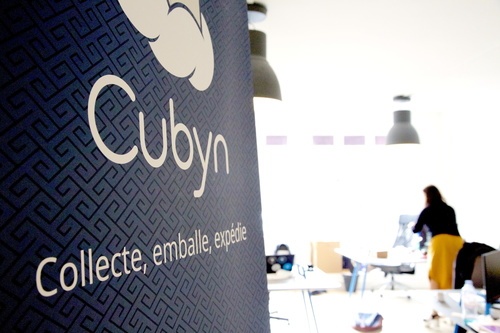 Some startups are successfully operating right down this lane, especially in Europe. In France there's news of an imminent Series A Funding Round to be received by Cubyn's smaller competitor Wing, already a beneficiary of €1.2 million in earlier seed funding.

It works like this: you pick up a lot of objects, from different retailers, consolidate them in one location, package them and then ship to the shoppers, using couriers that will treat you better than they treat the single retailer, because you offer more traffic than they do.

Couriers could do that themselves but usually don’t, being the profits of this enterprise not immediately recognizable inside the economy of scale in which they operate. Where there could be a straight chain of service, with only two players involved, we have a complex one, including four players: retailer, picker (usually a on-demand crowdsourced reality), aggregator-packager and courier.

As intricate as it sounds it works more often than not, and startups operating at the aggregator-packager level are doing alright, so much as to possibly endanger the existence of older, more traditional brokers, who, as the name suggests, broker good rates but don’t offer added-value services such as picking and packaging.

It works for the picker too, because many-to-one is a much friendlier environment than one-to-many: there are as many routes as there are client-shops, with fairly predictable timings and traffic of items. On the other hand, on-demand towards end-users means unpredictable destinations, subject to peaks and idling. It might be the only sector where the sharing economy of crowd sourced drivers actually works.

In the meanwhile couriers stand and watch, maybe considering this particular share of the market rather negligible. Hopefully, when they’ll realize they’re wrong, the startup environment who has it discovered, disrupted and innovated will be strong enough to become a mandatory interlocutor and not a middleman to be waged war upon.